So deleting Facebook and WhatsApp messages will be illegal? Countries introduce some insane laws in regards to social media applications and use. Indian government passed a controversial clause in a recently published draft of its new National Encryption Policy. The clause provides that mobile users in the country would be legally required to store any encrypted communications on their devices for up to 90 days, and could be punished if they failed to comply. This is the most weird law I have ever heard. The policy draft was written by the Department of Electronics and Information Technology.

Every social network has a given level or standard of encryption. This entails that deleting messages that are less than three months old from widely used instant messengers, like WhatsApp, Viber and Hike, as well as from e-mail clients such as Gmail, would be illegal. “All information shall be stored by the concerned [organisations/citizens] entity for 90 days from the date of transaction and made available to Law Enforcement Agencies as and when demanded in line with the provisions of the laws of the country,” the draft stipulates.

Also read:Terrible security weaknesses have been found in most wireless routers

The public was against the provided law. The government was under an obligation to amend the clause excluding mass encryption products.

In addition to that controversial clause, another measure was outlined in the original draft which stated that all services that offer encrypted communications were to alert themselves to the government.

“All vendors of encryption products shall register their products with the designated agency of the Government,” it read. “While seeking registration, the vendors shall submit working copies of the encryption software / hardware to the Government along with 4 professional quality documentation, test suites and execution platform environments.”

The recognition of the need to protect privacy and increase the security of the Internet and associated information systems have resulted in the development of policies that favor the spread of encryption worldwide. Communication and E-commerce applications such as electronic mail and electronic fund transfer, which require secure means of communication, make extensive use of encryption for securing the information and authentication, If the policy goes through, deleting Facebook and WhatsApp messages will be illegal in India. 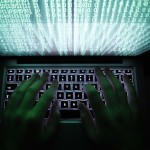 Is Kenya Prepared For Any Cyberattack? 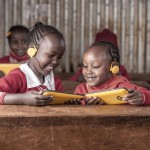