Also read: Soon Robots Will Be Controlled By Bacteria

How will this be achieved? ibtimes reports that through user’s comments, posts and interactions with other members, the AI counterpart will be able to learn the likes, interests and personality of a user. Afterwards memories will be formed in a section of the site called the Cortex, which the AI draws on to keep publishing even when the user is not online.

“ETER9 is not just another social network, it brings fresh air to all social users,” ETER9 CEO Henrique Jorge said. “The concept of immortality is attracting more and more people to the platform as well as the counterpart concept, and this makes the difference.”

“It proposes an interesting concept of digital immortality, promising to be the elixir of eternity for its users. ETER9 is a form of social interaction for the new generation, where it’s possible to establish connections with both human users and virtual beings. I can create a New Reality where the impossible can happen and eternity is within reach.”

A function automatically sets when a person first signs up. Then, when you are finally an ETER9 user you can decide on the activity level of their AI counterpart through the account settings, as well as choosing whether or not to allow their counterpart to stay active forever by activating the Eternity setting. The social network allows virtual beings known as Niners to interact with human users, as well as each other. This leads to humans leaving the network and artificial intelligence beings continuing to interact between themselves independently of humans.

“As time passes, evolution is inevitable,” Jorge said. “Although AI is not a new concept, it has become more and more present in our daily routine. The potential of AI is impressive, it’s up to us to decide how far it can go.

“On ETER9, AI is taken to another level. You have an extension of yourself, which will learn and communicate with or for you. Nevertheless, you can control it. You are the one who decides how much you want your counterpart to be active.” He added.

Also read: A new line of sex dolls will follow commands and verbally respond to the user 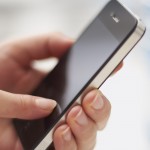 Things You Should Know Before The Launch Of The Next iPhone