People who think a lot or suffer from neuroticism, a condition characterized by anxiety, fear and negative thoughts they perform well in jobs that require vigilance like stunt pilots, aviators and bomb defusement. Research provides that they are also very creative. Researchers came up with a theory which suggests that it could be down to the fact that people who score highly on neuroticism tests, meaning they are prone to anxiety or depression, tend to do a lot of thinking often at the expense of concentrating at the task at hand.

People who have neurotic traits typically look for something to worry about. For example, people who get depressed are consumed by such self-generated negative thoughts that they forget what they are supposed to be doing.

The research underlined the brain mechanism that interfere with the thought of a person being on a job. A certain amount of brain arousal is great for concentration but too much interferes with clear thinking and that’s what you want when performing stunts, flying planes, and disposing of bombs.

The authors argue that people who engage in self-generated thinking are creative because they are not rooted in reality – they are away with the fairies. Indeed, they may resist attempts to get them to concentrate on reality whilst they focus on their own thoughts. It is hardly a surprise, then, that their ideas can be new, whacky and original.

Depressed people can be handling too much stress but the brighter side is that they are have a successful working life. They may actually be able to find creative solutions to problems that didn’t exist in the first place, and in the process come with some pretty useful and imaginative stuff.

Depressed people spend most of their time thinking about the past. On the other hand people diagnosed with chronic worry (Generalised Anxiety Disorder) spend an extraordinary amount of time living in the future. The authors argue that this creative flair applies specifically to problem solving, as they believe rumination and worry improve such skills.

“Psychological interventions such as meditation and mindfulness which are thought to dampen some of these heightened responses by grounding people in the here and now may do more harm than good.” The authors said.

Neuroticism can be helpful since it informs one of the past and future danger and most people use that to their advantage. Depressed people normally come up with the best ideas in a very creative way. Reports The Conversation Does Windows 10 Spy On Its Users? 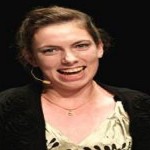