Android phones are vulnerable to hackers just like airlines and cars. In 2014 over 50million Android phones were vulnerable to the heartbleed bug and today a stagefright MMS hack has exposed almost all Android phone owner on earth. The hack is serious to an extent that if a phone receives a mysterious text it becomes useless and can not be patched.

The hack has created fear around the world and major phone makers like Samsung, Google, Sony and LG announced plans to start issuing monthly bug fixes. Android is the most vulnerable OS to bugs, hacks, glitches, and issues of any kind, and no update program from Samsung and LG is going to change that. It’s impossible for Android phones to get critical updates, and that problem is not shared by iPhones and Windows.

OpenSignal Report provides that if you own an Android phone, you are one of a billion  Android users around the world, and your phone is one of 24,000 different Android models that come from more than 1,300 different brands just like Samsung. Unless you’re using an iPhone, almost every smartphone you can buy runs two operating systems: Google’s Android OS and a modified user interface (UX) from one of those 1,300 brands that made the phone, the original equipment manufacturer or OEM.

The changes OEM’s (Original Equipment Manufacturer) make to Android range from slight tweaks in the color of menus to massive overhauls. LG and Samsung, for example, have platoons of designers and coders who spend their lives remodeling every nook and cranny of Google’s Android. Since companies like Samsung are unwilling to rely on the software that Google lays out, most phones come with two sets of apps,: Google’s entire app suite and the extra calendar, messaging, browser, and other apps from the OEM. This makes owning an Android phone unnecessarily complicated, and usually annoying for a new phone owner, who is bombarded with 60 to 90 apps when they unbox their new communication toy. Right now, it’s rare that almost any two Android phones run the exact same modified version of Android.

Digital Trends provides that the situation worsens on the criteria Android phones use in obtaining software updates. Firstly Google releases a new version of Android every six months, and a few smaller patches in between. Google Nexus owners receive this update directly from Google. Some Nexus phones have already been patched from the Stagefright bug. Secondly once Google releases this major Android OS update, the 1,300 other Android phone makers begin updating their upcoming and best-selling phones to the new OS. Phones that don’t sell well may never get an update.

After the updates, wireless carriers around the world would demand to review the update. This stage is especially frustrating for tech-savvy users who know a patch is available, but aren’t able to get it because their wireless carrier — maybe Verizon or AT&T — hasn’t approved it yet. iPhones and Nexus phones get updates within hours and days, but most Android phones never get updates, or the process takes a year because of all the middle men involved. A good chunk of Android owners never receive more than one significant update to their phone during its 2-year lifespan. This means they have an outdated look to their phone, lack new Android features, and never receive critical security and bug fixes. 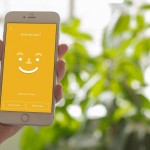 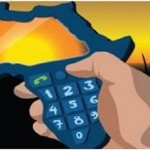