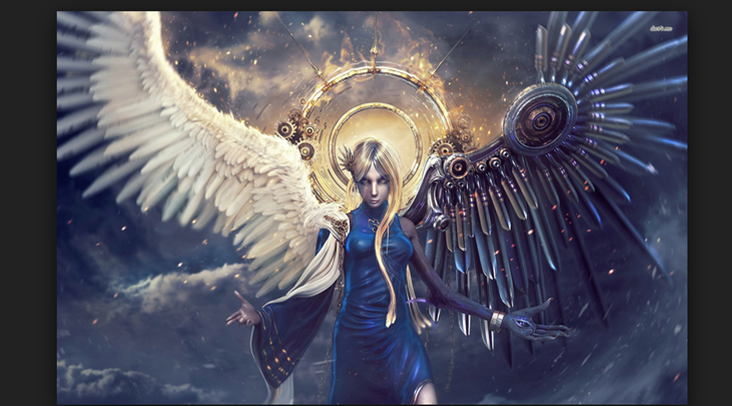 The next 5 to 35 years will be the most interesting years to live in. Most of the science fiction predictions like those found in Star Trek will become real. By 2020, Internet of Things will take over the world to usher in a world where humans will have to do nothing but think in order to get stuff done. For example, IoT will allow one to download a document or open up a web-page simply by thinking about it thanks to brain-machine interfaces linked to products like Google Now.

Virtual Reality and Augmented Reality products are already changing how you and me experience gaming, and thanks to Facebook’s Mark Zuckerburg, these technologies are being developed to ensure that communication will not be via mobile phones but through telepathy. Once mature, VR technologies will allow one to send emotions across the Internet whereas Augmented Reality will allow people to experience the virtual world as if it were the reality (imagine letting someone you have a crush on to also feel how you actually feel about her, or to feel how sorry you are, not by saying it in the most poetic and emotional language possible, but by sending the same exact emotions straight into their hearts – I mean brain).

The robotics and Artificial Intelligent technologies are also accelerating than ever before and soon, most probably within this decade, robots with at least a simulated consciousness (although not self-aware, a human being will not be able to know that the robot is self unawareness) will be walking in our streets doing our jobs, and by our jobs I mean the decision oriented managerial and analytic white collar jobs. In another two to five decades, these robots could become the Presidents and Prime Ministers of nations – I am not kidding. Just to let you know how serious this is, there are robots that already gather and write news better than Wall Street Journalists.

As these technologies develop and become mainstream, there is one thing that will happen for sure, humanity will change in either one of three ways – 1. Become extinct – 2. Become as useless as lab rats or 3. Become posthumans. As a human being, I would want to believe that the third option is what will occur but I still won’t mind if option 1 happens (check out the article It should be perfectly okay for sentient AI to wipe out mankind). I am praying very hard that humanity doesn’t turn out to be useless lab rats in the hands of Artificial Super Intelligent robots. But if these emerging technologies work in our favour and it so happens that we become posthumans, then there are four possible life forms humanity can take, or a combination thereof. Let’s talk about these possible intelligent posthuman life forms.

Advancements are being made in the field of Genetic Engineering and already scientists are thinking of creating Genetically Modified Humans. Currently work is on progress to recreate the long dead dinosaurs by genetically modifying birds so that they become exact replicas of their dinosaur ancestors in the next five to ten years. Once scientists achieve recreation of dinosaurs, it will be a matter of time before they start implementing the same genetic engineering techniques on recreating man with super intelligence, super strength and super longevity.

Don’t read the above paragraph skeptically. Already, “Chinese Researchers at Sun Yat-sen University in Guangzhou, used an experimental gene-editing technique to modify a gene in human embryos that causes a fatal blood disorder. The procedure, which was done in nonviable embryos, was only partially successful.” Although unsuccessful, it is worth to note that the next time the procedure is attempted, a genetically modified human who cannot get cancer or heart attack or that is more intelligent than Albert Einstein will likely be born.

Gene therapy technologies will allow for the creation of humans that could have the lifespans of animals like the Bowhead Whales that live for 200 plus years or even the edible Ocean Quahog that can live for more than 500 years, and when life rejuvenating medications that Aubrey De Grey is working on is incorporated, then such humans will definitely live indefinitely. Genetic Engineering therefore, is likely to usher in humans that are as strong as superman, hundreds to thousands times as Intelligent as Albert Einstein, and who can run faster than a Cheetah.

A cyborg is a cybernetic organism or rather a human being that is composed of both organic and electronic (biomechatronic) parts. By the time Manfred Clynes and Nathan Kline coined the term in 1960, cyborgs were purely fictional entities but today, cyborgs like Neil Harbisson with an antenna implanted in his skull to enable him perceive visible and invisible colours and to also receive images, videos, music or phone calls directly into his head, Michael Chorost who was born almost deaf but now can hear thanks to a cochlear implant, Professor Kevin Warwick who has a brain implant that links his brain to a computer that allows him to control lights, heaters, and other computers simply by thinking, and Moon Ribas, a choreographer and cyborg activist with a sensor implanted in the back of her head that that alerts her of people approaching from behind, among many other cyborgs,  are already living among us.

Advancements in biotechnology, brain to brain or brain to machine interfaces and prostheses that will usher in robotic hearts and other synthetic based body parts including synthetic blood and definitely synthetic brain will allow for humanity to get rid of organic dying body parts and replace them with body parts that cannot get sick or die.

Cyborgs will definitely lead to new form of life, the Homo Machina. This will be a totally different type of human life that will warrant it to be a categorized as a whole new species. Although Homo Machina will be able to reproduce, the reproduction will not be via the standard sexual means (by the way sex for reproduction is on death row as scientists are working day and night to ensure babies are artificially born in hospital labs – good news to women – no more pregnancy).

An entry in the WikiDot website describe Homo Machina, or commonly referred to as Robo-humans or mecha-humans, as an “Entity [that] anatomically resembles homo sapiens, the difference being [the] Entity is entirely robotic. Unlike humans Machina universally stand at 1.8m (6ft) high and do not differ in body shape. Method of identifying different members appears to be cosmetic, with Machina appearing in various colours and art designs. Slight variation in limb and head design also provides a method of identification”.

The definition I go for is that a Homo Machina is a human being that is no different from an Artificial General Intelligent robot with sentient capabilities – see the article It should be perfectly okay for sentient AI to wipe out mankind for the differences between Joe and Bob.

At this point let me first introduce the three concepts of Artificial Intelligence:

1. ANI – Artificial Narrow Intelligence is a specialized AI capable of performing one to very few things simultaneously. All electronic devices ranging from a simple calculator to the current super advanced AI systems like the Google’s DeepMind that labeled a black couple as Gorillas to Facebook’s advanced facial recognition software fall under this category. Although some of these AI algorithms can listen and talk back or even hold conversations with humans, they are still rudimentary AI as they can’t think abstractly, create artistically, nor are they capable of knowing and appreciating their own self existence.

2. AGI – Artificial General Intelligence is the AI that humans have longed for in decades. It is the type of AI that is not only capable of doing everything a normal human being can do, but is also capable of independent thoughts, abstract reasoning, can come up with business ideas, able to get inspired, and can appreciate things like good music, interesting movies or even a well dressed up lady. This type of AI, Elon Musk says, will arrive on earth in the next five to ten years.

3. ASI – Artificial Super Intelligent is the type of AI that scares people like Elon Musk, Stephen Hawking and Bill Gates to death. Once AGI arrive, one thing they will be capable of is to reinvent, programme and improve themselves. Given that they will have intelligence far superior to human intelligence, they will be able to know how to make the software that run them better, know how to create brain hardware that is millions to billions to trillions better than human brain, and thus in a matter of months, then weeks, then days, then hours then seconds be able to upgrade themselves into super intelligent machines that is beyond human comprehension.

Now, there is a very tiny possibility that humans could be that super intelligent machine and as such in not so far future the form of life on earth in the posthuman era will be Homo Super Machina.

The thing is, as technology advances, humanity changes. As a people (Kenyans then Africans), we can be part of these changes by playing an active role in the transhuman technologies or we can wait for our extinction as a race. Next time we’ll talk about some of the transhuman technologies that will usher in the posthuman life forms, and point out ways we can start participating in them. In the meantime, enjoy the few years left for Homo sapiens to live on earth as that form of life is headed to extinction, whether we like it or not.