I am not a birthday celebrations fun because I don’t remember the last time I celebrated my birthday but hopefully Twitter will light up my birthday this year. Twitter has played a huge role in recognizing  important days and events. Last month BET fans went on twitter to follow their favorite celebrities. In addition to that Fathers were highly appreciated on Twitter on the Father’s day. Currently Twitter is recognizing birthdays and showering people with animated balloons and better target you with ads.

Twitter introduced the option for users to set their birthdate in its settings menu and have it appear on their profile. Twitter says the new feature will allow people to celebrate your birthday more effectively, sending you all-important #HBD tweets to commemorate the anniversary of your existence, but its introduction also has a less altruistic side — it will help the social network work out which ads it thinks you want to see.

Every day, millions of people celebrate the important event in their lives on Twitter — from public events to more personal ones like a friend’s birthday. Twitter is excited to make sharing these personal celebrations even easier. Kicking off the festivities is the one and only Kevin Hart (@KevinHart4real), who happened to be celebrate his birthday yesterday. Take a look at his profile to see what yours will look like on your day.

Twitter introduced insights for brands that allowed them to choose groups of users — including millennials, seniors, college grads — at which to target their ads. To work out which categories users fall into, Twitter could either do careful analysis, trying to work out what they tweet about, who they interact with, and their topics of interest. Or it could simply ask them when they are born reports The Verge.

Users who do fill out their birthdays can choose who sees the information, making the date either public, open to followers, or restricted to themselves only. But no matter the privacy level you set, Twitter will use the information for marketing purposes: a note in its support database confirms that the social network will use your birthday to show you more relevant content, including ads. By filling out your date of birth, you’re not only getting a screen full of balloons and more timely congratulatory tweets, but you’re making yourself an easier target for marketing. Consumer Needs and Revenue Streams Changing in the World of Television 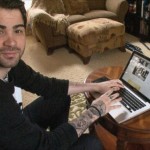