Facebook this year has visited the court a number of times over allegations of breaching people’s privacy. In June Belgium’s privacy watchdog filed a suit against the US tech giant in the main civil court in Brussels claiming that Facebook goes against European and Belgian law in the area of privacy.

Yesterday Facebook had a legal victory over allegations it broke privacy rules. The Austrian court said it did not have the authority to hear case against Facebook. Thousands of Europeans had claimed that Facebook violated their privacy but the court had a different opinion.

25,000 people filed the case hoping that the social network giant would be probably be given an injunction and pay out damages to users because it illegally collects users’ data. Despite the fact that the court said it does not have the authority to hear the case, the claimants immediately said that they would continue to pursue the matter, taking it to higher courts, the ruling in Vienna is a victory for Facebook as it seeks to fend off the allegations and keep privacy-conscious users onside.

The €500 (£354) being sought by each claimant means Facebook would be saddled with a €12.5m bill and a major reputational blow should the case, led by the Austrian law student Max Schrems, be successful. Mr Schrems alleges that Facebook illegally tracked users’ browsing habits via software installed on other web pages, and participated in “Prism”, the American spy programme, among other violations.

Apparently, Facebook has many privacy battles in Europe and the Austrian case is just one among the many. Brussels placed new data protection laws. Belgian authorities recently published a report claiming that the company, which collects and stores large amounts of user data in order to better target advertising, is breaking EU rules.

On Wednesday, Vienna’s regional court said it did not have the jurisdiction to hear Mr Schrems’ case against Facebook Ireland Ltd, the American internet giant’s European domicile. In doing so, it agreed with Facebook’s lawyers, who argued in April that the case is not legitimate.

“This litigation was unnecessary and we’re pleased that the court has roundly rejected these claims,” Facebook said.

However, the claimants said the case would simply proceed to a more powerful court. “We have expected a number of possible outcomes, but this finding by the court is really very strange. Unfortunately it seems like the court wanted to forward this hot potato to the higher courts,” said Dr Wolfram Proksch, Mr Schrems’ lawyer. Reports The Telegraph. 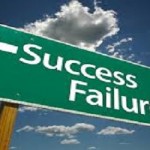