I want to assume that by now we all agree that The EastAfrican is the best newspaper in terms of quality of content in East Africa region. If we are not together in this then read How The EastAfrican has managed to maintain high quality journalism in the past twenty years. You may also want to read the behind the scenes of how The Standard Group tried to copy The EastAfrican by launching The East African Chronicle but flopped. In the first article, we described The EastAfrican as a paper primarily meant to share business news and analysis based opinions on the region. Well, the paper is more than just a business paper. Actually, for pure business reporting, Nation Media Group launched The Business Daily.

The EastAfrican covers a wide range of topics including News, Opinion, Outlook, Magazine, Business and Markets. To share with you what’s under each of those categories, I will revert to my copy of The EastAfrican published for June 13 to 19 2015.

This week’s issue of The EastAfrican immediately tells me why this paper is very important. Last week was the budget week in the region. In the front page and at a glance, The EastAfrican tells me that the size of Kenya’s budget is $20.6 billion with a deficit of $5.9 billion, that of Tanzania is $10.9 billion with a deficit of $2.99 billion whereas Uganda’s budget is $7.4 billion with a deficit of $1.1 billion. Right into the news the paper offers key political and related news in each of the East African countries such as the failure of Kenya’s parliament to approve the nomination of Monica Juma, resignation of Connie Bwiza Sekamana as a member of Parliament over the proposal that the presidential term limit should be scrapped in Rwanda and the suspicion United Kingdom has on the possibility that Tanzania and DRC are using aid money to fund their respective militaries.

It is clear that a frequent reader of The EastAfrican will have in-depth knowledge of the region’s political agenda. A frequent reader will be in a position to appreciate the latest developments in South Sudan, be informed of how Tanzania plans to abandon donor dependency, and how Rwanda is planning to fund huge projects using levy from goods outside the EAC bloc.

The news section covers roughly the first twenty pages of The EastAfrican. As from page 21 the paper has its Opinion pieces by several authors interested in diverse topics. How did Nigeria achieve her democracy? Sa’eed Husaini examine the times of “three men and an election” in Nigeria. Fenerali Ulimwengu on the other hand would rather date Angelina Jolie than vie for Tanzanian presidency that seems to have attracted just everyone. “Hardly a day passes without a Tom, Dick and Harry coming up to say he wants to be president”, he wrote.

Then there are opinions of the many The EastAfrican readers who send letters to the editor. Phyllis Wakiaga, for example, wrote to the editor to educate us on the importance of the Tripartite FTA launch for the region. “The main aim of the FTA is to increase intra African trade by easing trade restrictions to allow easier movement of goods and persons in the region”, he wrote. These and similar opinions are in roughly six pages.

A closer look at specific topics like digital TV switch over in which Tanzania and Rwanda have taken lead, Q & A session on something like the inability for 99% of us to draw the Apple logo off head, reports on new scientific findings e.g. the discovery of a new strain of banana fungus that threatens world harvest of bananas, and even reports on new technologies like the one that can detect all viruses that have ever infected you are found at the outlook section. As a person interested in science and technology, I find this section the most satisfying, informative and educative.

The business trends in East Africa are covered under Business. These trends may include an overall cost increase on importing used cars that will rise by an average of 5 per cent, the immediate advantages to the region with the launch of Tripartite Free Trade Area that comes into force in July 2015. The TFTA will ensure that sensitive goods from East Africa region such as Sugar, Maize, Cement and others will be protected from intense competition from countries like Egypt (I find that funny). Also covered in this week’s issue of The EastAfrican is the new rules of origin that are intended to boost trade in EA.

Finally The EastAfrican has the markets section and here is where you find information on the performance of the various East African currencies, the money markets, government bonds, and the stock market performance.

Clearly, you do not have to be a fan of business to buy The EastAfrican. Your interest could be the politics of the region, or science and technology, or you might just want to have an expert opinion on various political and business agenda. But no matter what your interest is about East Africa, The EastAfrican will surely serve your purpose, every week. Remember, you can always get your digital copy of The EastAfrican via their Android and iOS App from Apple Store or Google Play. The first two digital copies will be available for free. 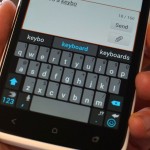 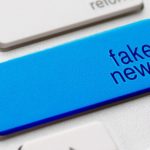 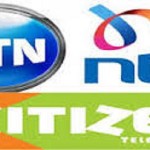