The Iridium Network is unique in that it covers the whole earth including poles, oceans and airways. The company derives its name from the chemical element iridium. The number of satellites projected in early stages of planning was 77, the atomic number of iridium, evoking the metaphor of 77 electrons orbiting the nucleus. The satellites are frequently visible in the night sky as satellite flares, a phenomenon typically observed as short-lived bright flashes of light.

The government will have the phones to provide co-ordination of emergency services including; floods, security and other situations particularly in areas with poor or no network coverage on terrestrial platform. Recently International Telecommunication Union deployed 35 satellites mobile phones and 10 Broadband Global Area Network (BGAN) terminals to Nepal.

The equipment ensures timely flow of information that is much needed by the government agencies and other humanitarian actors involved in rescue operations.  Satellite phones connect to orbiting satellites instead of terrestrial. They provide similar functionality to terrestrial mobile telephones; voice, short messaging service and low-bandwidth internet access are supported through most systems.

The Iridium Satellite Phones have the following options:

The iridium satellite phones are ideal for the government because most disasters and insecurities will be curbed. Currently disaster management teams are compromised because of luck of good transport and communication networks especially in rural areas and slums. 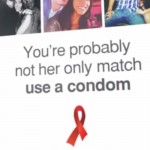