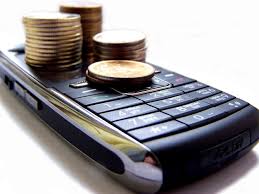 According to financial analysts, Financial institutions that control their expenses end up with high returns, which is why Kenyan banks with a strong presence in the retail market recorded an increase in profit in the first quarter.

The rise in mobile technology and agency banking has been the contributing factor of boosted profits in East African banks. Also, the fact that credit has become more accessible to the common man on lower lending rates, banks have recorded lower interest income on loans and advances influencing a major policy shift towards fee based revenue from ATM and forex transactions.

Kenya Commercial Bank, Equity Bank and co-operative Bank posted double digit profit figures during the first three months of this year. As a result, the institutions have seen a rise in their stocks at the Nairobi Stock Exchange.

KCB emerged the region’s largest lender by branch network with 12 per cent to $64.86 million from $58 million with growth in fees and commissions from new business lines going up by 19 per cent.  The bank’s operations in South Sudan yielded six per cent of group’s profit. The subsidiary in Burundi has yet to make money. Customer deposits went up 27 per cent  to $4.13 billion from $3.26 billion.

KCB is looking to upgrade its core-banking T-24 software to version 14 from version 8 at an estimated cost of $5 million in the next year.

Cooperative bank’s stock exchange grew 3.41 per cent to trade at a historic high of $0.23 per week. The profit rose 30 per cent to $46.87 million during the first three months of the year from $36.14 million in the same period last year. This is as a result of the bank restructuring to control costs and improve operational efficiency.

Mortgage, consultancy, insurance, stock brokage and fund management have contributed to the banks’ growth. Equity Bank’s stock at the NSE gained 0.53 per cent to trade at $0.49 per share. Profits increased by 13 per cent to $63.54 million from $56.25 million  largely due to the Group’s sustained investments in mobile and agency banking, payment systems and money transfer.

Bank partnerships with telecommunication companies are currently the main drivers of performance since there is a significant growth in deposit mobilisation where deposits can now be made through mobile phones.

Elphie - This amazing photo was taken by an Elephant