MPESA is down, five days after it went live for the first time on Kenyan soil. Last weekend MPESA was shut down to allow for installation of MPESA servers in Nairobi, servers that were initially hosted in Germany. MPESA servers residing n Germany caused various down times and transaction delays every so often, normally on Fridays and Saturdays. Bringing MPESA home, among other things, was meant to increase the transaction capacity in which up to 900 transactions can be executed per second.

But this morning a number of MPESA customers have taken to the social media platforms to complain of inability to undertake MPESA transactions. Some of those affected are complaining of lost funds – either agents handing money to customers whose transactions have not been properly executed, or customers losing money as MPESA cannot send withdrawal confirmation messages, yet their MPESA balances have been reduced. Here are a few of such complains on twitter.

@Safaricom_Care is MPESA suffering from jetlag today? Am totally inconvenienced since 7am.

Mpesa, where is @bobcollymore, am getting impatient. Why the delay, blame it on KPLC or Al-Shabaab?

i wanted to withdraw some cash from m-swari i transfer to mpesa bt the process,not getting any message? @safaricomltd kindly assist — Robert Ndung’u (@brianroba) April 24, 2015

Safaricom did not immediately acknowledge that MPESA had problems.

@WOgweno M-PESA transactions are going through successfully.We have an issue affecting SMS service. Issue is under resolution Apologies ^GL

Later, Safaricom posted an update on Facebook acknowledging that MPESA is experiencing technical issues and asked subscribers to be patient.

We are experiencing a network issue affecting our SMS services. The issue affects M-PESA users who experience up to…

We are experiencing a network issue affecting our SMS services. The issue affects M-PESA users who experience up to 30mins delayed confirmation after successful transactions. We are working to restore services asap & apologize for any inconvenience.

Many Kenyans seem worried that the bringing MPESA servers to the country will affect not only the usual MPESA transactions but that MPESA security systems might be compromised. One MPESA Agent, for instance, wondered whether his money is safe on MPESA servers in Kenya. A similar worry was expressed by one of our readers in the comment section of the article MPESA Fraud reaches social engineering stage that we published in March last year. She said,

I hear the Mpesa Servers are being brought into the country. After attending the Africa Hackon event, I am very worried. Lets just say, there won’t be need for social engineering once guys learn to break GSM!

I do not intend to alarm anyone but to let everyone be aware that technical issues as currently being experienced by MPESA have the potential of causing vulnerabilities in the server and network, vulnerabilities that fraudsters can take advantage of.

Having said that, it is important to let everyone accept the fact that the transfer of MPESA servers to Kenya was expected to cause a few technical issues before MPESA can run smoothly after the migration process, and getting MPESA to run smoothly might take several weeks. 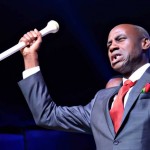