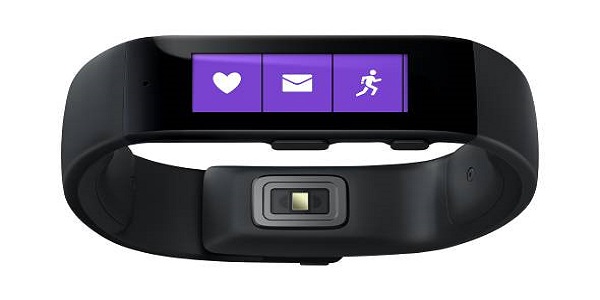 Microsoft Band has been termed ambitious for its ton of features and impressive set of smart notifications not to forget it’s built in GPS. The device now available on Amazon, Target and Best Buy, the company is looking to increase units sale away from its own brick and mortar and online stores by shipping more pieces to stores beyond United States.

The device might be a little bit of often notifications from steps taken in a day by user to amount of sleep but that is the new found fetish for wearable technology consumers. Amid multiple wearable launches from Apple’s new wrist band to Moto 360, Microsoft seems to have learnt the ropes and put all the desired features in one and strategically selling it at a lower price.

Design has been the deal breaker for a longtime when it comes to wrist bands but the market seems to be turning that around as utility now counts more for most buyers. People tend to be over zealous when it comes to their health and this is why top manufacturers are throwing in health watch features sure not to nose dive in revenue matters.

The Microsoft band monitors the user’s heart rate all day, total steps taken and calories burned in which it displays results on tapping the screen. For workout fanatics, Microsoft band might be the desired wearable with options to track a run or cycle which also incorporates switching on GPS to monitor your route. In addition to all day movement records, the band downloads fitness and instructions through the Cortana personal virtual depending on the user’s routine of workouts.

The device has however lost credibility because of its unexceptional battery life even with many features. Bluetooth syncing and pairing is also a downside of the device which is quite disappointing for users. unlike many wearable manufacturers, Microsoft has also put it clear that health data collected from devices will be shared with any health or wellness service of the customer’s choice.