In the United States, the White House’s endorsement of the Federal Communications Commission on how Internet traffic should flow has and is still causing a row, both in Congress and the general populace.

Thusly, it turns out that the future of the Internet really is at stake. To help you understand what you need to know about these net neutrality.

Net neutrality is the principle that all traffic on the Internet should be treated equally. So whether you’re checking Facebook, posting pictures to Instagram, streaming live, all the information travelling across the Internet to you and from you should be treated the same. Now that means your Internet service provider — whether that’s a broadband company like AccessKenya cannot in any way shape or form block or slow down your access to that content.

So, what that means for you and me as consumers of Internet services (which covers over 20million of people here in Kenya), is there’s nothing in the way of you accessing your favorite sites and getting your favorite content. For instance, If you’re an entrepreneur looking to start your own streaming service, you’ll be treated the same as a deep-pocketed Youtube or Google when delivering videos to your customers.

However, over the last year, broadband providers such as Verizon in the US flung open the door to the idea of fast lanes and toll takers by taking a more liberal interpretation of the principles, sparking the need for firmer rules.

We know that the open nature of the Internet is critical for the fostering of new technologies and services. I mean without the internet we wouldn’t be enjoying all these great web applications, email to be simple enough.

There has been a decade-long debate over how to implement Net neutrality, which has really been a battle to make certain a level of openness, is preserved. And the way to preserve it is by establishing “rules of the highway” that let Internet service providers, consumers and innovators know what’s allowed and what’s not allowed on the Net.

Historically, there have been no formal rules governing Net neutrality. As a matter of fact, the only time official rules existed was between 2010 and 2014. I probably should mention that those rules were tossed out in January 2014 by a federal appeals court, so for the past year the Internet hasn’t been ‘formally’ protected by regulation, and do you remember the guy arrested locally over tweet, sparking some internet freedom campaign here in Kenya? Yeah, but most people can say that they have always and continue to enjoy a free and open Internet, for how long, you guess it.

Most of you folk are not aware, but in the US there was a campaign dubbed “I want my MTV” campaign in the 1980s. Essentially, Cable networks were unwilling to put MTV in their channel bouquet. So MTV started the marketing campaign to get cable subscribers to demand that their local cable operators carry the channel (I don’t know about you, but is anyone thinking what I am thinking, it involves local channels, I’ll let you make your deductions). But, consider this situation; imagine if YouTube had to get permission from your broadband provider so you could you watch your “VEVO” video? Horrifying, isn’t it?

In the traditional cable TV model, cable operators decide which channels you get and how easy it is to find content. By contrast, broadband providers today have no control over which Web sites or online services you access. Most Internet users want to keep it that way. Net neutrality regulation ensures that happens.

Interestingly, it is not the rules per se that are controversial. In fact, just about everyone agrees on the actual rules. What today’s battle over Net neutrality is really about is whether the government reclassifies broadband, which means Internet service providers can be regulated by the CAK to a stifling level.

That’s the big question. You won’t see any changes immediately. But critics of the Title II approach, such as Republican FCC Commissioner Ajit Pai, argue that applying utility-like regulation to broadband is a slippery slope because it could lead to the FCC imposing new taxes on the service, which will lead to higher prices for consumers. Critics also say this new classification will discourage broadband providers from investing in their networks.

Whatever the case, the internet is an exquisite invention that ever drives the affairs of men to intriguing ends. Can’t wait to see how this battle over the internet will pan, both here locally and globally. 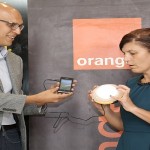 Orange switches over to GSM Network 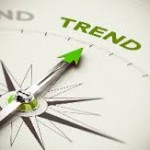 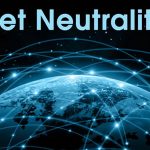 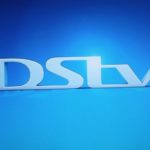 Internet connection in the 47 counties might be a fuss