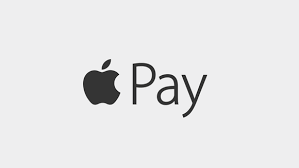 Apple didn’t invent mobile payments, but to be honest, it has significantly enhanced them. Since Apple made it far easier to use a computer, listen to music, and communicate on the fly-by, Apple Pay is all about doing the same convenience for purchasing goods and services, online and off. Every financial innovation from the invention of money to the credit card served to reduce friction in commercial exchange and augmented the pace of commerce. Apple Pay does this with ease: it marks the end of scrawling a signature, producing a driver’s license or and other hassles that came with earlier forms of payment. It’s also sleeker than other mobile services comparatively. Apple Pay works automatically when your phone is held up to the checkout terminal, with no need to open an app as you must to use Google Wallet or PayPal or your MPESA. Pressing your thumb to the phone eliminates the need to use a PIN (a friend of mine once told me that she regularly forgets her PIN after which I blather a scathing insult about her memory), thereby speeding the transaction. This is true no matter whether you’re booking a room on Airbnb (that couch surfing thing) or buying sandwiches at Subway, perhaps soon enough at a local matt, we can only fantasize. It fuses the virtual and physical worlds of commerce in a way that no other payment system has attempted, both technically and socially. Relative to MPESA or other mobile money services, this is a definite advance.

That, however, doesn’t mean most people will be ditching their wallets and waving phones in every store in 2015—far from it. The $3.7 billion worth of mobile payments made in U.S. stores the year last was just a drop in the $4 trillion bucket of consumer retail spending (I wonder what the consumer retail spending in Kenya is currently, last time I checked, it figured to 22.1 billion dollars between 2007 and 2011). Way Beyond that, an additional $12 trillion was spent on services, but this is America we are talking about. Apple Pay itself faces a smorgasbord of challenges, too, and not just from rival wallets offered by Google, PayPal, retailers, and wireless carriers. Currently only people with the new iPhone 6 can use Apple Pay in stores, bummer! It’s officially available only in the United States for now, but 98 percent of U.S. stores lack the right checkout terminals to accept it (even if Apple Pay advances to the country and the greater African region, will there be proper check-out terminals?). Ultimately, Apple Pay is far from replacing some of the things in a physical wallet—in particular, popular store rewards cards, yeah you know those favorite retail loyalty cards we so like to have here in Kenya. Starbucks’s app, in the United States, which is a collective store locator, rewards card, and payment engine all in one, still does account for the majority of all mobile payments in retail stores.

Despite, Apple has done a lot of things wonderfully right, implying that Apple Pay will turn out to be a veritable milestone, much like our own MPESA. Even if it is only a moderate success for Apple, it seems certain to be a driver of mobile payments in general. None of the individual technologies in it is novel, but the extent of Apple’s control over both the software and the hardware in the iPhone—which exceeds what Google can do for Google Wallet even on Android phones—allows it to combine those technologies into a service demonstrably easier to use than any other IN THE US. This is the much I can say about Apple Pay, FOR NOW.