Computing is changing how Music is Made using Artificial Intelligence

Artificial intelligence researchers have made huge strides in algorithmic or computational creativity within the past two decades, with quantum leaps within the last five years. One of the avenues that the scientists are making headway is in music. You have probably may have heard music composed with a computer algorithm, I have. In fact, AI programs have produced albums in multiple genres, having scored music in advertisement and film, not to mention ambient music in games and smartphones. Algorithms that produce creative work have a significant benefit, then, in terms of time, energy, and money, as they diminish the wasted effort on failed ideas. There are tools such as Liquid Notes, Quartet Generator, Easy Music Composer, and Maestro Genesis are serving to liberate the more open-minded composers. Melomics founder Francisco Javier Vico, says: “I would not try to sleep with Beethoven’s 5th symphony (even if I love it), but a piece that captures your attention and slows down as you fall asleep – that works. We’ll see completely new areas of music when sentient devices (such as smartphones) control music delivery.” And that ladies and gentleman is one of the futures of music, doesn’t technology make you feel that anything is possible-I look forward to sharing music files via cerebral matter, that is, from brain to brain.

Nvidia has pulled back the veil by unveil its latest Maxwell Graphics Card, the GeForce GTX 960. Unlike previous cards packing the company’s latest GPU architecture, this is an entry level offering, will only set you back about 200 bucks.

Maxwell graphics cards are designed in a way that they can provide up to twice the performance of equivalent last-gen GPUs, whilst lowering power consumption and offering a cacophony of new features. The GTX 960 hovers right at the bottom of the range, holding down 1,024 CUDA cores with a base clock speed of 1.1 GHz, with a boost capability of up to 1.5 GHz. Despite the fact that it is estimated to be 1.6 times faster than a GTX 660, the new card only draws 120 W in contrast to the older card’s 140 W requirement, only needing a single 6-pin power connector to run.

Word from Nvidia is the fact that the card is capable of delivering 60 frames per second game-play at 1,920 x 1,080 resolutions not mention also with the newer titles. The company released a demonstration of this, showing how the combination of the GPU’s Multi-Frame Anti-Aliasing (MFAA) – a Maxwell-exclusive technology – and over-locking allow it to achieve around 60 fps on Far Cry 4, which is a game. I know performance will of course vary from game to game, but that’s not bad going for an entry-level card.

In with the Action Centre and out with the Charms Centre

You know the annoying Charms bar that usually pops out when your mouse pointer is at the edge of your screen in Windows 8, which is out, gone, vamos, kaput! The Action Centre on the other hand gives you notifications and brisk access to common actions like Wi-Fi or Airplane Mode. Additionally, on the desktop, you need to click a button on the taskbar to bring it up, which means it won’t be popping up arbitrarily as you’re about your ‘computerly’ affairs.

With regard to the settings, this build still includes the desktop Control Panel, along with a new Settings app that is going to replace Control Panel, whaaat! The Settings app is a central location where you will go to manage different aspects of your device, such as the display, network, accounts, personalization, Windows Update, and then some. The new Settings app will be consistent across all Windows devices, too. This will make configuring your Windows 10 devices much easier than having to hunt for elusive settings.

The Windows app store, part of the new Universal apps, has been redesigned and is currently in beta stage. It has a new, fresh off the box look that will be consistent across computers, tablets, phones, Xbox One, and the Web. I personally look forward to that.

Israel’s CompuLab wants a Mint in your Pocket and Mouth

CompuLab, maker of small fanless computers has unveiled a tiny computer for Linuphiles (Linux lovers), drum-roll please, the MintBox Mini. It is a fifth of the size of the original MintBox, which was based on the company’s fit-PC3 and launched in 2012; the silent, fanless Mini comes with a quad-core processor, solid state storage and is available in the second quarter of 2015 for an interesting price of USD 295.

In terms of connectivity, it comes in the form of 802.11b/g/n Wi-Fi, Gigabit Ethernet, three USB 2.0 ports and two USB 3.0, a microSD reader, an audio jack and two HDMI ports. The MintBox Mini runs the Linux Mint 17.1 MATE 64-bit edition OS in OEM mode out of the box.

The MintBox Mini serves up a 5 year warranty and of course, a percentage of the sales proceeds will go to Linux Mint. I don’t know about you, but it sounds an interesting ride ahead for the Linuphiles!

MIT’s “Siri 2.0” for your Timely Affairs

Researchers at MIT are constructing a sophisticated algorithm to assist with time-sensitive planning, estimating your chances of success and even extrapolating alternate approaches that are more likely to succeed. The software, suffering a description by its creators as “a better Siri,” could help in planning projects on all scales, from road trips to air travel to multi-billion dollar going-to-Mars missions.

Here’s how it works, if the software thinks that your current plan is likely to fail, it will use a weighted graph (a mathematical construct common in computer science) to imply the minutes possible change of plans that would make sure you meet your deadline with a very high probability. For instance, you could specify you want to do the road trip to an important destination by setting off at a certain time, picking up your friend two hours in, stopping together for lunch at your favorite restaurant, and still get there on time. The algorithm (that you can access on your phone) might answer back with the revelation that you only have a fifty-fifty chance of succeeding as is, but that if you are willing to leave thirty minutes earlier or pick a different restaurant your chances will climb to 99 percent. Awesome, right, by far, my favorite development in this humble list of mine, it leaves one with an interesting feeling of “technology is taking over”, SKYNET RISING, for those who understand the John Connor Chronicles, soon enough, you got a computer program telling you when to take your bowel movements, shower, or even have sex, I am just saying! At any rate, I am still a TECHNOGAIAN. ‘The next big thing’ competition is back for your idea! 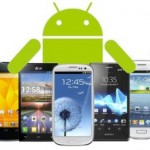 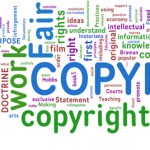 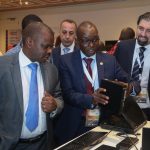 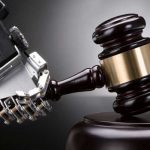 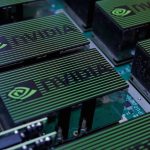