Drones have been known to be a western ‘thing’ in the past as more development-focused uses are found for them. Recently, drones have been spotted in the Kenyan winds mostly at public and private occasions incorporating important persons. Even so, regulations to govern drones have not been formed by the Kenya Civil Aviation Authority (KCAA) which has left the technology tricky to embrace.

The authority has maintained that it is only in order to involve other parties in making guidelines to control drone operations in the country. Currently, KCAA is working with the Ministry of Transport and will soon involve the military and Department of Defense to come up with the procedure of licensing the drones. Before then, any flying drones are illegal.

Unmanned Ariel Vehicles market has benefited over the past decade from the surge in demand for consumer electronics particularly at hobbyist level. This 2015, drones are expected to have multiple industrial and civil government applications, building upon the diverse uses they are already being put to. Any task requiring aerial inspection could be taken by a camera equipped drone, transmitting footage to ground staff in real time.

Even in developed countries, the legality of flying drones has been the subject of litigation which may continue through 2015 and beyond. In response to the technology instability, some drone manufacturers are incorporating safeguards into their devices.

In the future, drones will in no way replace existing vehicles since they are cheaper than helicopters but more expensive than conventional terrestrial vehicles for many enterprise tasks. They will be used for transporting goods but will not be commonplace, this is because drones delivery is unlikely ever to be viable for anything aside from high-value, lightweight and compact packages.

Operating drones may turn out more expensive since the technology can only convey a package but not deliver it. Why? The package may require a signature, may need to be routed to a neighbor. The trial of delivery of goods is just only to a reception area. A worker receives the goods and then delivers it to the recipient which means the UAVs need a lot of human support around it.

Even as drones may offer fantastic possibilities for enterprises and consumers, it is unlikely that the technology will be in huge demand such that they become a mass-market globally. What Is Big Data and How Can Organizations Start to Benefit? 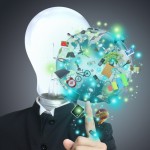 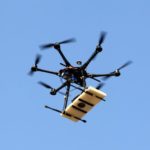 Tech conflict: Drones continue to be life and environment threatening