Express paypal-to-Mpesa service will be in town soon thanks to one of paypal’s subsidiaries at AllenHark launching MoneyJet a service offering faster withdrawals cheaper rates and on-demand freelancer loans.

The mobile friendly service has custom-built apps for the 3 main mobile platforms; Android, iPhone and Windows phone. Post launch apps will be available for the operating system users . Moneyjet is looking to provide solutions for freelancers and other professionals working online who have in the past had problems getting money from paypal to cash they can consume.

Moneyjet is specifically looking to solve Massive delays which at times go up to 8 business days on Equity bank, high fee rates and exchange rates charged by middlemen that range between 8% to 15% and 10 shillings per dollar respectively. Inconvenience is also a major problem for paypal users looking at options like the payoneer service which takes time to activate since bank systems are in most cases incompatible which in result takes days to process funds and still require users to go an ATM or bank to withdraw money.

The adoption of Moneyjet by customers will mean; 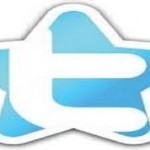 uses of 'favourite' button and other social media entries