From a piece I recently did on fight against counterfeit consumer goods by Philips electronics manufacturer, i have given fake goods in the African market second thought and my conclusion is that the counterfeit products are here to stay. I actually think companies are way too late to save the situation in as much as we may pretend to embrace and encourage the move by the entities.

In the last quarter of 2013, world company leaders hosted world largest Anti-counterfeit conference in line with the campaign Business Action to Stop Counterfeiting and Piracy (BASCP) launched to create awareness among consumers on counterfeits. Leaders from a wide range of companies dealing different products gathered for the very first time to condemn the act without fear of tarnishing the company’s’ name.

Counterfeit distribution of goods is a worldwide problem that has driven companies downhill in the last few years since manufacturers no longer have market for their products. Africa has been termed a hot bed and transit route for fake goods which is hugely affecting the west and in this case big brands dealing consumer goods. Today, Counterfeit cases go unnoticed and unreported despite establishing Authorities to control distribution across borders which is more reason the industry has continued to thrive.

Companies have therefore taken to as their responsibility to create awareness, put up measures, launch campaigns and involve government authorities in fight against fake goods. Early this year, HP gadget manufacturer launched a similar campaign in Africa in a bid to stop distribution of products maiming HP. How successful that has been is not clear.

Today, individuals bump into counterfeits each time they walk into a retailer shop or rather outlets selling any kind of products. They are not labeled counterfeit; you will be surprised how open the sellers are about the fake and the original. In fact, they give you freedom to make a choice on the two which differ in prices.

That is definitely alarming. The industry has fully been embraced by buyers and sellers and they all make it seem so normal and legal. Today you will walk into a shop in search of a television set and the seller will take you round showcasing a Samsung from Indonesia, one from China and another from Italy. How one brand could possibly hold manufacturing plants from different countries and sell the brands in prices that vary does not add up. Counterfeit is real. Ask River Road and Luthuli shoppers.

If your bulb goes off today, you will rush to a nearby shop and ask for an energy saver bulb one that is mostly used since we all mind our bills. Most shopkeepers retail them at 100ksh. We don’t bother to check the brand name or genuineness of a product. Who has time anyway? After three weeks, the bulb will go off once again and since the durability was short lived, you will turn your guns to electricity suppliers who most people believe contribute to bulb blackouts.

That is just a normal encounter with counterfeit products. The other is when you walk into an electronic shop and ask for counterfeit products which go for very low prices. It’s crazy how people opt for counterfeits to save on money that at times is not even worth the risk. Looking at it from the financial class perspective, the counterfeits get to serve the same purpose an original one would have to a low class buyer and also part of middle class only that they don’t last longer. Don’t forget counterfeits also come in classes.

Developing countries are the most affected places around the world when it comes to counterfeit goods. A large population depends on counterfeits from food products to household products. That is their way of life. That is all they know. Original is way expensive to purchase and since they don’t really care for revenue loss brands make, the trade is inevitable.

China is the name that comes top on the list anytime we are talking counterfeit. Companies however won’t admit to it being the leader in the illegal business since they depend on China for their workers and the state would never take the ‘accusation’ lightly. In the beginning, China, was an enemy to capitalism however with time, the country opened up to foreign manufacturers and that was the birth of ‘people’s republic of counterfeits’.

China’s market has specialized in imitating brands that are renown worldwide for their great products. It is not surprising they also imitate individuals known for their artwork. The brands are fast moving and the business has therefore turned out very productive and young minds do not hesitate to join the booming business.

The business people in the country are so open about counterfeiting and this is how they get their daily bread. I have watched a documentary on counterfeits and this young man now an artist admits to imitating Vincent Van Gogh’s (a post-impressionist painter from the Dutch origin) paint work. The young painter who makes a fortune from it  and takes his work seriously that he has even gone to the extent of constantly reading about Van Gogh to get his perspective on life and what he tries to express through art work.

China is on a mission to become world’s biggest economy to revenge for the many years the west exploited them that right there is declared war and this definitely means counterfeit business will thrive for as long as they live.

Sad enough, some of the big brands have given up on the fight against counterfeits and are instead partnering the fake plants to ‘ promote’ their brand.

This shows how much the illegal culture has been embraced. China is without a doubt the heart of counterfeit and with the established distributorship of goods across boundaries more so in Africa, the counterfeits are undying. 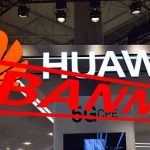 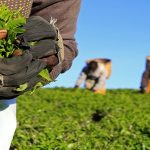