I have noticed with concern that those who never take risks in Tech Sector in Kenya, are the biggest critics of those that do.

In other words there are too many critics of the Kenyan young tech space. And that is not good according to Sam Gichuru, the CEO of Nailab. So first who are these? Who are these non-risk takers?  Apart from the fact that I believe there are some values in the so called negativity, that statement has so many wrong assumptions behind it.

Assumption 1:  That you can spot non risk takers from the street. The assumption is  you can look at people and straight away you are able to tell that they are  not  risk takers .This is not right in many levels especially when dealing with young ecosystem like what we have in Kenya. There those who seems to be risk takers on the outside but after one failure they do run away. There are many examples of such in Kenya. Go back to three years ago and there were those who were all about start-ups and how they are going to change the world, one failure later and now they comfortably employed somewhere. That is not a bad thing but if you assumed then that they are risk takers, then you were wrong then and still wrong now.

Assumption 2: That Kenyans owe risk takers something. “Leave us alone do you see we are doing something and you are doing nothing.” That is the sound of an entitlement. There two people here, risk taker and non-risk taker, from any angle they are both the same. On one side, the risk taker go out of his/her to build something, after which if it successful he/she gets all the glory and money.  There is no time the risk taker will call the non-risk taker to share the glory and money with him/her. In other words the risk taker is not doing a charity work but working to fulfill his/her own dream. Fair enough but to assume that when you are taking risks the other people who are not doing so owe you something, is simply naive. They don’t.

Assumption 3: If you are not risk taker in tech space, you are not a risk taker at all. The great thing about technology is that it has empowered many shades of people from different walks of life and enable them to both see and talk. Many farmers/cooks/fishmongers can all talk very well about what they see happening in the tech space.  So someone might not be a risk taker in tech space but could be a big risk taker in other fields. Then there is the fact that the so called risk takers, are entrepreneurs who need to sell their technology to someone. Some of these people who are considered as non-risk takers end up to be the buyers of the technology done or led by the risk takers. They are the customers and as the famous saying goes, customer is always right. Warning…..when customer speaks just shut up and listen.

That a side, I think there are many reasons why Sam Gichuru should leave the critics to criticize whatever they want to, while the doers(risk takers) to continue doing their things. The following are some of them:

Having said all that, it should be known that not all critics are genuine. Here the type of critics you will find in Kenyan online space 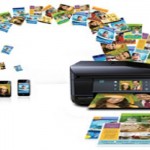 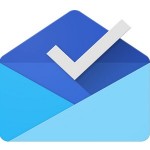