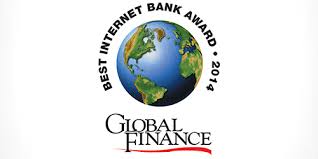 The countries include Kenya, Tanzania, Uganda, Botswana, Zambia, Zimbabwe, Ghana, Nigeria and Oman. It is the 15th year that globally acclaimed financial publication has ranked World’s Best Internet banks winners who were chosen among entries evaluated by a world class panel of judges at Infosys, a global leader in consulting, technology and outsourcing.

The ranks also include world’s best banks worldwide in developing and emerging markets. This is the twenty-first year that the magazine has selected top banks by country and region. The report covers best banks in North America, Western Europe, the Nordic Region, Central & Eastern Europe, Latin America, Asia-Pacific, the Middle East and Africa. In addition, this year, for the first time, Global Finance has also named the Best Regional Banks in the US.

The editors of Global Finance made the selections after extensive consultations with corporate financial executives, bankers, and analysts throughout the world. In selecting these top banks, editors considered factors that range from the quantitative objective to the informed subjective. In addition, for the first time, a poll of Global Finance ’s corporate readership was conducted in order to increase the accuracy and reliability of the results.

The criteria included the strength of strategy for attracting and servicing online customers, success in getting clients to use web offerings, growth of online customers, breadth of product offerings, evidence of tangible benefits gained from Internet initiatives, and web site design and functionality.

Subjective criteria included the opinions of equity analysts, credit rating analysts, banking consultants and others involved in the industry. The mix of these factors yields leading banks that may not be the largest, the oldest or the most diversified in a given region, but rather the best—the banks with which companies around the world would most likely want to do business.

The award reflects the bank’s digital evolution into serving tech-savvy customers which has capitalized on convenience and efficiency of services in the region.