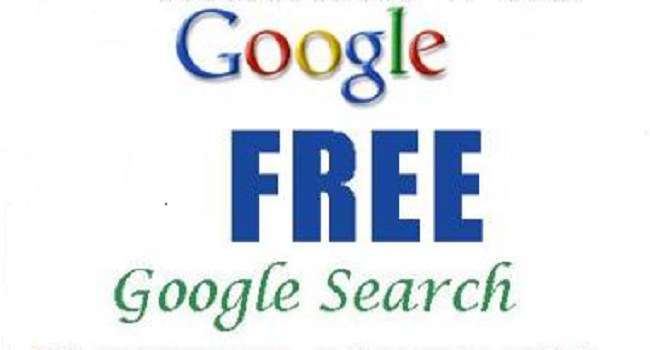 Would you love to perform Google Search for free? Then head to Zambia or hope that Internet.org’s App lands in Kenya as soon as possible. I hope you remember Internet.org. If not, then check out these two articles:

Facebook and others avail Internet for next 5 billion Initiative and

It is not yet time for Internet.org

It is known that most of those who are not online are in the developing world as shown by this Wikipedia list of Internet penetration by country. The reasons given as lack of access to the Internet by those living in developing countries are 1. cost 2. ignorance.

Most of those who live in developing countries cannot afford a meal a day and it is not expected of them to spend any money to pay for the Internet. However, majority of these people do access mobile phone services and somehow manage to pay for them. Take Kenya as an example; although being one of the poorest countries in the world, Kenya boasts of over 78% mobile phone penetration with mobile phone users being able to make calls at the rate of 80 minutes per month. Since the average cost of making a call per minute in Kenya is shs 3, it can be assumed that vast majority of Kenyans spend around shs 240 monthly on mobile phone communication. Can these people be enticed to access the Internet?

Facebook thinks so. That is why Facebook has developed an App under its Internet.org project and named it Internet.org. Facebook also thinks there are basic online needs that each user should be allowed to access for free. These online needs have been provided to us as Facebook, Facebook Messenger, Wikipedia, and Google Search. Zambians have also been allowed to access other local Internet services namely:

So Facebook is so generous and has offered free Google Search to Zambians via its Internet.org project. Is this really helpful to anyone? It’s great Facebook has acknowledged that a Zambian can’t access Google Search engine because she can’t afford. To help her, it has provided an App that allows her to access the search giant. She opens the App at no costs, goes to the link of Google Search still at no cost, types in a search term, and finds suggested results at no cost. She scrolls down the results, sees a website of interest, but sadly she can’t access the information that she actually needed.

But Facebook knows that she will be frustrated so it has also given her access to Facebook for free so that she can be able to update her status thus:

That’s where the second argument on why Facebook has offered free Google Search and a few of other apps/sites comes to play. Facebook also reasons that majority of non-Internet users in developing countries do not know how Internet can impact them in their livelihood. I quote an explanation by Rosen given to Techcrunch:

Assuming our irritated lady did not have the Internet on the basis of ignorance, not being able to access the link she found through free Google search would make her run to Airtel, the Internet.org partner in Zambia, and subscribe to the available data plan.

Can’t Facebook, Google, Apple, Microsoft, Samsung and the rest of big names team up with ISPs and governments to offer free Internet to all?

Although a number of skeptics have questioned whether the altruism Facebook is showing with its Internet.org project is honest, there is some good that is actually being given to a significant number of Internet users. Of the 1.3 billion Facebook users, which is more than 50% of the total Internet users, there is a big number that cannot do without Facebook and if this big number was given absolute free access to Facebook, they will be very happy and this would increase the happiness index globally.

But free Internet should not be limited to only accessing a few number of sites. Institutions especially those of higher learning, some ISPs like Safaricom, Restaurants and Hotels, among others are already providing free Internet via free Wi-Fi services within their environs. Some countries including Kenya are also trying to provide free Internet in places like selected cities, parks, airports and some public places but the reliability of these free Wi-Fis have been found wanting.

What the big players in the industry especially the giants like Facebook and Google that get more than 60% of their revenues from online ads should come up with viable approaches that would allow each person to access the Internet for free.

A way they could do this is to team up with selected ISPs to offer basic Internet to everyone then they come up with a formula of sharing the ads revenues. The broadcast industry is already providing data in the same arrangement.

Currently the big names are making it big with only 40% of the world’s population online. If they could connect everyone to the Internet, it is likely that the revenue base of these corporations will also grow by 60% in not so many years after the connectivity.

Other than absolute free connectivity to the Internet, projects like Internet.org are not likely to be of help to developing countries in the long run.

Why I have dumped Google Image Search for Bing

Google tricks you didn’t know about.

Buy Buttons on Google Search is an exciting idea