Kenya is a ripe market for old ideas You have an old idea? Pitch it to Kenya.

Dear reader, entrepreneur, policy maker and academician, the article by XN Iraki on Why Innovation lag is a drain on economy posted on The Standard should get you thinking. Not just thinking of how great points Iraki has put forth, but thinking on what must be done to change the status quo.

The article is not first of its kind. Books have been written, policies formulated, seminars and workshops “for ideas introduced in 1992 elsewhere” held, and articles published both offline and online on the need to encourage innovation and invention not only for creating direct employment but for improving the general economy too.

But nothing much seem to come out of the discussions 50 years after independence. Well, there are some progress. In the sector of IT, incubation hubs have come up, competitions organized for apps developers, but all these just concentrate on one thing, IT. Okay, a branch of IT called software development. Sorry, on a branch of software development called mobile apps creation.

For a similar article read Kachwanya’s opinion on BRCK Raises $.1.2 Million and Why Kenyan Engineers Need To Do More.

To emphasize on the need for us to become innovators, let me quote a few favorites lines from Iraki’s article:

The originators [of new ideas] only export them here because they got a newer idea and want to start a new S-curve…This is very clever from a business perspective: you have two growth markets, one for the new idea and one for the old idea.

Africa and particularly Kenya is a ripe market for old ideas.

Developed countries devote about 3 per cent of their Gross Domestic Product (GDP) to research and development (R&D), we devote less than 1 per cent, most of which goes to paying non-researchers.

XN Iraki goes ahead to suggest a few things we can do from here, and his suggestions, though great, are not anything you and I haven’t heard of in the past. I am sure whoever sits in an office either in the ministry in charge of planning or science and technology is fully aware of the suggestions such as creating an innovation mentality right from primary school all the way to the work place and commercialization of or favourably rewarding great ideas, establishing talent oriented high schools and tertiary institutions, and generally doing what it takes to nurture innovation and invention.

By the way what happened to specialization in our public universities?

Though what must be done to encourage invention and innovation is known, no one seem to concentrate on doing them. Instead, as Iraki’s writes, “we prefer politics, whose focus is on sharing out money not generating it”.

If I may add my two cents to the solutions Iraki has suggested, I would actually call upon whoever directs the politics of the day to focus on changing the political mentality from the current tribal blurs to directing everyone to debate on what many have referred to as politics of ideologies, and it is not hard. We know there are a few politicians in this country who are talented on getting people to talk, and I know they can direct the talks towards “lack of proper innovations” or similar topics if they chose to; instead of asking people to discuss saba saba etc.

You don’t believe me? Retrieve media footage from last five years (you can go back to 10, 20 or 40 years) covering the release of both KCPE and KSCE results. Specially, concentrate on the interviews done on those who emerged top nationally or regionally (provincial, district, etc). The answers these top students have given when asked what they want to become in the future have always been one, “I want to be a doctor”. A few have thrown words such as surgeon, pilot, or engineer in there.

Even those who want to be engineers, what they mean is to be employed as someone who sits somewhere to oversee implementation of an engineering related project.

So, if our top brains are already mis-directed to pursuing service provision careers – and by service provision I mean serving the population in fields that do not require innovative thinking – right from primary school, how do we expect these brains, whose mental prowess should be engaged in Research and Development, help the nation be an innovative one?

A medical doctor primary engages himself in offering existing solutions, solutions that are imported, to known problems. A few may be in research, but majority of the research works are left to second class or even third class thinkers.

You see, one of the careers I wanted to pursue after high school, that I was told employs people as Researchers in the field of science and particularly Physics, is Bachelors of Science Science or generally known only as Bsc Science. But when I learnt that Bsc Science required a very low aggregate point compared to the “top courses” such as Bsc Electronics Engineering, I dropped it from my list of choices. Which top brain do you think would want to pursue Bsc Science if a middle rated brain like mine could not find it appealing?

Then I have these friends who pursued Bsc Science and either majored as Physicists (one pursued triple Physics) or Zoologists ended up, not in some research firm or government operated research laboratory somewhere, but as high school teachers after pursuing post graduate diploma in education. Not only do the top brains shun Bsc Science for being a low grade career, but neither the government nor the private firms in Kenya have anything meaningful for those who pursued the said courses to do. Only the ministry of education seem to come to their aid.

Never ask why a Kenyan brain can’t contribute anything worth of media coverage in the vast field of theoretical physics – a field with more questions than answers and has been known to spearhead inventions and innovations for centuries.

Not so long ago in a printing bureau I found myself complaining that Kenyans can’t make anything, “we even import toothpicks”, I told my friend that had complained that we couldn’t even invent a paper binding machine. Then the friend turned around and asked me, “at what age did you ever imagine that you can create anything?”

“People don’t think of creating things not until they are, well, past high school” I said. “Have you watched Shark Tank?” he asked. “Yes”. “Their was a 12 year or so kid who pitched for an idea and he got funded. If a 12 year old in the US can think of a new idea and get funding from the sharks, how young do you think kids are when they start thinking of making new things?”

This situation must be changed, and we must start inculcating the desire for kids to be innovators right from the time they join the first school. By the way kids are naturally curious and naturally want to make things. I remember by the time we were in lower primary we used to mold cows and bulls, with mud, and have them fight. We made paper aeroplanes, constructed cars using available plastic parts with bottle top wheels, and such like toys. Only if our desire to create things weren’t killed by the school’s need for us to pass KCPE; and later KCSE.

Then once the kids have been encouraged to create, not only existing things but also things they think can be “standard objects of the future”, that they are told to imagine themselves as creators of new phones and cars and aeroplanes and medical equipment, that they will be the ones to come up with new technologies to solve the existing food security issues, technologies to make constructions of roads easier or they will be required to come up with drugs to cure viral diseases, then less and less kids, top brain kids, will report that their desire is to become medical doctors.

Until then, Kenya will remain a market for old ideas.

PS. Of course medical doctors and pilots, pilots who spend most of their working life doing routine jobs and nothing new, should also come from top brains – and this is not sarcastic 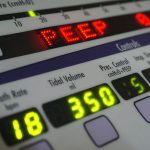