1st July 2014, Mediamax took Kenya by surprise after making The People Daily first national free-sheet from a cost of ksh60 per copy. This is to increase reach and in the same breath change the face of Kenyan media across their award winning stable of broadcast channels, online platforms and print offerings.

Well, they might have their math well calculated but this feels like MediaMax just went west in an industry where everyone is headed East and in that matter hurriedly. Let’s look at it like this, when was the last time you purchased the daily, read page by page and did that again the next day and one week in a row? How many free copies of newspapers lie in your office desks all week thanks to the bulk bundles companies dump Monday mornings in the name of “a greater pool of information”.

There is more to it than meets the eye. It may seem the best move in an industry that hiked hardcopy prices not so long ago but no, not in the present digital era where digital newspapers and online copies provide a platform for audience to interact and give views on the content in question. The company is definitely eyeing high distribution reach around the country which is a great consideration to those ksh60 daily was a tall order. Advertisers have also been highly favored by the project which will means broader audience and better exposure of their products.

However, Free newspapers have been known to do well in First world countries whose middle class population is bigger therefore meaning more spenders which favors advertisers since the audience target is more reliable. Kenya being a third world state already proves difficult in the same with unworthy roads and unreliable infrastructure to enhance distribution across the country.

The people daily business model will have advertising revenues pay for the cost of content gathering, production and distribution which definitely sounds like a gamble considering that the paper industry cannot compare to the free cable television services which operate on the same model only on a larger scale.

Paper Printouts will be increased to accommodate the newly acquired audience not forgetting added geographic locations that demand more finances injected into the sector. Without a doubt, MediaMax parted with a tangible amount of money during The People Daily new look launch which is only normal to expect monetary return through the sales which in the case is advertising.

Free newspapers were an exciting norm in the country more so in major towns at first with business dailies, lifestyle copies and more at everyone’s exposure and within time, leading newspapers were back in business and thriving in that matter. Blame it on content gone irrelevant? 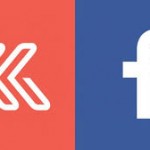 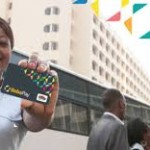