Lamudi: Real Estate for Sale and Rent will give international house-hunters a free mobile platform to buy, rent and sell real estate on the go. The launch follows the successful roll out of the company’s iOS app in four countries last week; Pakistan, Mexico, Columbia and Morocco with more countries from the Lamudi network to be added soon.

The apps are designed to meet the growing demand for mobile internet services in the emerging markets. According to the recent state of internet report, the pace of growth for mobile in these regions is rapid. For example, mobile now accounts for more than a third of all internet usage.

Being a first of its kind app in the world, the fast growing platform has vast outreach to its markets considering Android remains the dominant mobile platform worldwide according to recent figures from Starcounter in which more than 52% of smartphones are now running on Google’s operating system. Apple iOS is the world’s second most common platform capturing 23% of the global smartphone market.

“This is a huge step for Lamudi in bringing the global real estate market into the pockets of millions of new users, who will now have access to the world’s largest online real estate platform on the move. Lamudi is revolutionising the way that users are searching for their ideal home, and will continue to underline its dominance as the market leader in Africa and the world.” said Sacha Poigononnec, co-CEO of Africa Internet Holding, Lamudi’s founder.

A key feature of the app is the match alert function, which notifies users as soon as a property that suits their needs hits the market. Users can also create a list of favourites to bookmark properties, which can be accessed at any time and on any device.

Ford and Heinz Collaborate on Sustainable Materials for Vehicles. 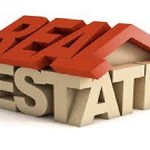