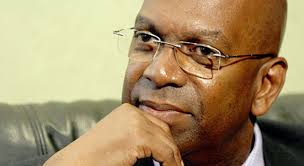 “The scope of the security tender was well within our technical and financial capabilities based on the desire by government to take a managed service option that would guarantee the deployment of a high pedigree and timely solution for the National Police Service.” said Safaricom’s Bob collymore In an exclusive interview with the business daily.

Due to the heated debate in parliament opposing the government’s 15bn worth roll out of security gadgets countrywide using Safaricom’s infrastructure, the telecommunications company has come out to defend the security tender saying it has the technical and financial capacity to deliver on the project.

With members of parliament showing discontent on Safaricom’s take up arguing that the systems are not safe enough to run sensitive information considering it as a telco partly owned by Vodafone of the UK, the company has pointed out partnership as no problem to controlling the information on the country’s security.

Safaricom has gone ahead to remind the government that building communications network is what it has been doing successfully for the past 14 ½ years and is currently running telecommunications infrastructure worth billion of dollars and is in partnership with the best breed of technology providers.

Quite aware that some discontent competitors could be taking advantage of the situation frustrate the roll out of the project, the telco is confident that its competency will be verified by the well documented and above board process of procurement.

The quality of service which has been pointed out as inadequate for the amount of traffic carried by the firm also seems to be minor in the project considering the QoS concerns are localized to specific areas within high density environments.

The business daily posing a question on tax payers money, Safaricom made it clear that the infrastructure will belong to the National Police Service on a build, operate and transfer model after the expiry of the final agreed contract period. An open book accounting method will be used to ensure that the customer has full visibility of all costs.

The project will run on the latest LTE Push To Talk standard for public safety systems that uses the lower frequency bands assigned to security services. It will be a stand alone independent IP network with multiple redundancies that will deliver high speed video, voice and data a wide ranging number of secure device.