Should Airtel be Accusing Safaricom Of Abusing Its Market-leading Position? 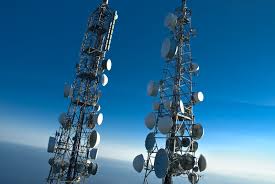 This is still a question I have not really figured yet. With the competition Act a section of the Kenyan law terming a company that controls at least half of the trade of services or goods dominant, the filed case by Airtel could maybe hold some water.

If the company practices unfair pricing or restriction of market access as well, this is considered a crime that could land someone a five year imprisonment as well as a ksh10 million fine.

Kenya has 31.3 million mobile subscribers at least according to records by end of last year, Safaricom accounted for 68 per cent, Airtel 17 per cent, YU mobile 9 per cent and Telkom Kenya 7 per cent as based in Nairobi, numbers here speak for themselves.

With the upcoming launch of Equity and Airtel’s Mobile Virtual Network Operator, Airtel will pretty much be at the core of mobile money business which is highly dominated by M-Pesa and the raise of this red flag could be the only thing left to do for the telecommunications company.

Earlier this year, Airtel filed a case against Safaricom due to the refusal of the latter to collaborate with fellow competitors on mobile money agencies across the country since it is currently hard for an airtel subscriber to make a transaction across the network.

Safaricom on the other hand reckoned its investment and nurturing by hard work of its mobile money product and there was no way they would let in other parties in their success. The company’s refusal comes across as logic considering the heavy investment over the last seven years.

Other telecommunication companies should also roll up their sleeves, get back to the drawing board and come up with wooing offers for subscribers. Kenyans also need some change and a variety of reasonable offers to choose from not through case files though. Not to have other companies stoop in the name of competition law.

The Future of E Commerce in Kenya