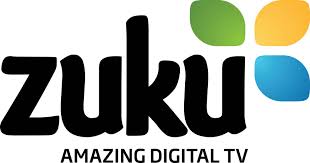 Wananchi Group, parent company to Zuku TV has today confirmed plans to venture into Malawi by launching pay TV Zuku as part of strategy to grow its TV operations.

The $10 million affair comes after a successful switch from analogue to digital by the Malawian government. The group plans on spicing up content with over 105 channels for customers to enjoy and a manageable fee for the service making it highly competitive compared to the already established service providers.

Subscribers should be sure to receive services up to standard with the value for money as well as keep informed and entertained with many of Zuku TV’s tailor-made channels such as Zuku Africa airing documentaries, Zuku sports, a first of its kind kids channel dubbed Zuku Kids that provides both entertainment and edutainment for children aged between and 12 years and as well as a number of themed movie channels.

“We believe that there is rapidly growing market segment that is eager to be part of a digital multi-channel television world for the range and choice that it offers to the whole family. As an East African company we are committed to maintaining a close focus on this market, and are delighted to be part of its growth,” said Wananchi Group CEO, Richard Alden.

The pay TV company has plans underway to venture into Ethiopia and Rwanda later this year.

The annoying features of WhatsApp

#MyZukuFiberStory: share your personal or professional testimonials and experiences about Zuku