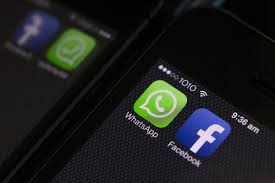 Privacy groups have moved to oppose WhatsApp’s purchase by Facebook hardly a month after their merge, until the giant social media platform provides more information on what it plans to do with the personal data of WhatsApp’s users.

Facebook routinely makes use of user information for advertising purposes and has made clear that it intends to incorporate the data of WhatsApp users into the user profiling business model. The proposed acquisition will therefore violate WhatsApp users’ understanding of their exposure to online advertising and constitutes an unfair and deceptive trade practice, subject to investigation by the Federal Trade Commission.

However, Facebook said it will operate as a separate company and honour existing privacy arrangements, which include not collecting user data for advertising, since WhatsApp built a user-base based on its commitment not to collect user data for advertising revenue and it was drawn up by two non-profit groups; the Electronic Privacy Information center and Center for Digital Democracy.

Considering the social media generates the majority of its revenue by showing ads that target users by age, gender and other traits, with 450 million users, it is only expected that it might do the same with the contacts from the messaging app.

The FTC will decide whether the acquisition can go ahead and if so whether or not conditions should be imposed.

How communication apps will impact the telecoms industry.

Can Equity Bank save Kenyans again?