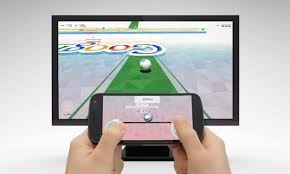 You can now get 3D maps of your surroundings following the release of Google’s prototype smartphone with customized hardware and software that allows the device sensors to make more than 250,000 3D measurements every second.

The Movidius Myriad 1 vision processor is being used for project Tango, with the new vision processors using less power, making this current project feasible. The five-inch phone runs the android system; it updates its position and orientation in real-time using the data to create a single 3D model of the space around the phone user.

The released gadget will make it easier for people to navigate unfamiliar buildings, helping blind people move around, and for immersive indoor gaming. Professional developers have been asked to submit ideas on the kind of apps they would make using the technology Google has 200 prototypes to distribute by mid-march.

“We are physical beings that live in a 3D world. Yet our mobile devices assume that physical world ends at the boundaries of the screen.” Pointed out Google.

The goal of Tango project is to give mobile devices a human scale understanding of space and motion.

What is your opinion on the topic?
See also  AJIRA Digital Program has been launched at Kenyan Universities and TVETs
Article Tags:
Google 3D phone · project Tango
Article Categories:
TECHNOLOGY