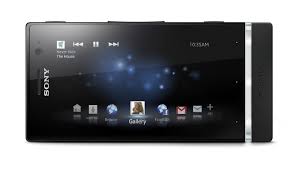 Technology is a dynamic field that has in the recent past had new devices launch from time to time having older models left behind and while software updates are important, many devices eventually get cut out of future upgrades.

Breaking news for Sony Xperia handset owners is a sad reality since the mobile device company has confirmed a couple of handset devices finally reaching ‘EOL’(End Of Life) list. The devices will no longer receive Sony’s full support and software updates henceforth.

This will definitely interest proud owners of Sony Xperia S, or many other 2012 Sony phones. At the same time, the phones didn’t receive Android 4.2 or 4.3 jelly bean they still run on the initial 4.1 release.

On the other hand Samsung is still supporting the Galaxy S3 even though it’s nearing the same 18-month window since the US release, Sony will no longer support phones anywhere between 18 months and two years old

“Every phone has a finite life when it comes to firmware updates after which it is no longer commercially viable for the company to keep producing updates or it could be the case the hardware no longer supports future upgrades Sony mobile has confirmed that a number of its older smartphones will not receive any further software upgrade support.” Read the Xperia blog