Safaricom vs Orange… Now kids take a seat, grab pop corns, this could turn out to be the mother of all battles between the telcos in Kenya. Orange is out in full force this New Year with advert directly aimed at Safaricom. On the advert which appeared on all the major dailies on 8th January 2014, Orange compared the on-net and off-net call rates for Safaricom and Orange At this point the question one would ask is, will this work for them.  It is clear that they are going after Safaricom subscribers and not the new ones.  A friend of mine, mentioned that it might just work since people start being conscious of the call rates after seeing the ad. The main reason being that with the high cost of living especially on this age of Jubilee Government, people start to prioritize how they spend their hard earned cash.  Being Orange customer would save you Ksh.2 on on-net call and Ksh.1 when calling other network per minute.

The problem for Orange is, we have seen this before with Airtel. Airtel has tried to go toe to toe with Safaricom in a number of occasions within their ever changing lifetime but they have come short in each case. The last one they did was exact replica of what Orange is trying now, with the price being the center of the attention. At the time Yu joined the battle, but they both lost.

So why is it so hard to beat Safaricom?

Safaricom has it in plenty and would not hesitate to use it when they see a threat from any quarter. For instance, Orange did one day full page ad on both the major dallies but Safaricom can follow it up with two weeks in a row running full page ad without feeling anything.  Safaricom has remained as the top ad spenders in Kenya for some time and no other company within the industry can match them. In the first quarter of 2013, Safaricom spent Ksh.1, 568,636,000, compared to Orange’s 354,481,000.

One thing for sure at this point is that even defecting subscribers from Safaricom, let say to Orange would not throw away their Safaricom lines. Safaricom has become so good in their customer care using all the platforms available to reach their customers. Their use of twitter to reach customers is legendary and that is not just in Kenya but worldwide. They also tied up their customer care calls.  Whenever a customer calls, he/she is sure that the call would go through and there would be someone on hand to help.  Safaricom being good at customer care is a big problem to other Network operators because they are basically crap on this.  I have seen many people running from Airtel back to Safaricom due to bad customer service. Orange is not any better. The problem of Orange and Airtel when comes to customer care is because they have outsourced the customer care service as compared to Safaricom which is doing it in house.

Someone who is smarter than many once said that you should outsource everything but not customer care. In the case of Orange for example, when a subscriber has a problem, the call or email or tweet put forward to them goes to a third party. In most cases such third party cannot help immediately, so they have to forward the issue to the technical department of Orange. There are so many things which get lost in between especially when communication has to go through long winding route. The urgency, the clarity of the problem, the severity of the problem, all those might not reach the technical person.  If Orange want to compete, they need to sort out their customer care.

Many a time people complain about Safaricom network quality, actually it is annoying most of the time but that is a story for another day. Safaricom has the highest reach or penetration in the country. Safaricom has 5,354 base stations, compared to 1000 for Orange. Even if you take into account that Orange network has much fewer subscribers and hence each of the base station will cover a larger area, the current number is below par. Safaricom on the other hand covers most parts of the country. For the people who frequently move from one place to another, the  question they would be asking is whether to be in the network where in some parts you would experience the total network black out or the network where the network will be there but with issues such as call dropping. Orange need to quickly put more investment in expanding their network.

Safaricom has the best management team around based on how well they have been doing.  Orange Kenya on the other hand has yet to fully shed off the image of what it used to be as Telkom Kenya owned by the Government. There a number of employees within the structure who are basically redundant but cannot be fired due to labour law.  It is the same problem facing Kenya Airways. With that in mind, I guess we should not expect much from the company in the short term. And there are the rumours that those French guys are deliberately running it down to force the Kenyan Government out. Make Losses……Ask for Bailouts (To be contributed equally between the partners)…..Government fail to pay its part…….Orange come in to save the day and in the process gaining more shares….Brilliant

Whatever the outcome of the fight between these two giants, I hope it will be to the benefit of the consumers. God bless competition Dstv does not have value for money 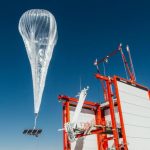 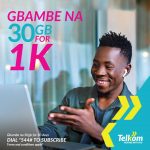