2014 is pregnant with expectations Being a naturalist on the world and religious views, I am not superstitious. Although I am not superstitious, I still want to believe that there is a cursed number. The year 2013 is when I had more downs than ups in my life. It was when the worst happened to me on a certain month on the 13th of 2013; and it is when my country experienced some of the worst disasters e.g. JKIA, Westgate, road carnage, and others.

But 2013 is gone and here we are – in 2014. 2014 is a brand new year that has seen many make resolutions for prosperity, love and happiness. Most of us who were run over by 2013 are looking forward to a brighter 2014 full of hopes for increased income and lowered cost of living.  As for those in tech industry, better working, smarter, and highly useful smart gadgets.

So what exactly is in store for us in the year 2014?  Here is a list I have compiled from the programs and projects that are to be rolled out, including those in the Jubilee Manifesto.

The Jubilee Government has made this its flagship project, similar to the promise of free primary education that Kibaki’s Government had promised and delivered on. Together with free primary education, subsidized secondary education, subsidized healthcare, and free maternity, this is one project that can greatly add to the already high cost of living. These freebie projects make me be skeptical on the prospects of improved economic situation for many Kenyans in the year 2014 and beyond.

In October last year we ran a post titled Bebapay can sanitize the matatu industry which strongly argued for the adoption of cashless payment method in the public transport sector. We reasoned that the cashless payment will eliminate overloading witnessed in most PSVs, eliminate overlapping, and eliminate speeding. In general, we indicated how cashless payment can force drivers and their conductors to respect traffic laws at all times, since, at the end of the day, it won’t be of any benefit (to them conductors and drivers) to break those traffic laws. Good news is that someone seemed to have listened and made it a policy that from 1st July 2014, all PSVs will be required to operate on a cashless platform.

I can’t predict how the case against Digital Migration by the Media that is before the court of Appeal will turn out. The worst would be for the court to suspend the Digital Migration until the global deadline date of June 2015. But given that the government had actually gone ahead and switched off the digital signal a minute to 27th Dec 2013 midnight, I want to be optimistic that 2014 will see us migrate from analogue TV viewing to a brand new world of digital TV experience. We have a lot of articles on Digital Migration, some of them suggested for your reading below…read them to be ready for the digital switch over when it finally comes.

In the Jubilee Manifesto it is mentioned that the Jubilee Government will “progressively roll out free Wi-Fi in major towns within the next 5 years.” The first year is gone so for this promise to remain true we should expect the Free Wi-Fi to start rolling out this year, especially in Nairobi. Rwanda has successfully rolled out Free Wi-Fi in Kigali and this tells us that the project is possible. The only downside, just as any other freebie by the government, is that free Wi-Fi is likely to add to the cost of living. On the flip side, Kenyans who use Internet heavily today spend about 80% of the communication budget on data. If they will spend close to 0% on data then the 80% savings will significantly contribute to lowered cost of living. There is also the question of quality….I hope when they finally do it, if at all, the speeds in every town will be rated from good to excellent.

In 2013 the new government seemed not have given job creation a priority. In 2014 there are no indications that things will be any better. We are already talking about a bloated government. The county governments have been told not to hire new staff. Some in the civil service are anxious on the possibility of being victims of the on-coming retrenchment meant to address the size of the government. But in 2014 we expect many young people, women, and disabled to access funds such as the Uwezo fund and with it start viable businesses with hopes that these businesses will succeed to create jobs. Overall, I personally expect things to remain the same where we will have to add a net of about one million unemployed youth to the unemployment statistics.

The President has promised that the year 2014 is his year to ensure proper roll out of promises in the Jubilee Manifesto. Other than Free Laptop for every class one kid, youth and women empowerment, job creation and free Wi-Fi, the manifesto also promises to start (some already underway) big projects on:

§  Manufacturing – where Jubilee promised to spark an Industrial Revolution

§  ICT: I like the promises on creation of incubation hubs for ICT start-ups in each county through the new Biashara Kenya agency, and instigating a ‘buy local’ policy for Government and parastatals enabling local Kenyan ICT companies to become suppliers.

§  Tourism: Sadly there is no mention of how Jubilee intend to proactively develop a sustainable domestic tourism sector. Countries that reap most from tourism depend on domestic tourism, not on the fluctuating international tourism.

§  Agriculture & Food Security: There are a number of big projects we can anticipate on Agriculture. For example, we can expect the government to start rolling out on the programme to put a million acres of land under modern irrigation and further expand agricultural production by employing modern technology on currently cultivated land and on the 2.5 million acres presently not in use. And last but not least we can expect,

A lot of these promises are pegged on politicians’ words that can never be relied on. The big question is, why can’t we rely on the words politicians utter in their manifestos and on campaign trail? The answer is simple, Kenyans don’t vote based on what politicians say. At the back of every Kenyan mind we know politicians lie. We never expect them to deliver on their promises and as such we (those who voted them in) never ask them tough questions when they don’t deliver.

We can’t ask because we did not vote based on the promises made in the first place. The reasons we voted or not voted them in, no matter how educated, informed or traveled we are, has always been based on where a politician comes from (Tribe) and whether he/she speaks the right language, sometimes down to clan/village level.

I hope the year 2014 provides an opportunity for Kenyans (especially the Kenyans who voted for the current politicians in office) to start demanding, strongly and loudly, for the fulfillment of those promises that made them vote in the government. As my colleague told me earlier today,

If supporters of the government (those who voted for Jubilee) can be the ones who are always demanding for the proper and prompt implementation of the promised programs and services, and if they make it known to those in the Government that if they fail to deliver on their promises then they will be voted out of office, then our politics shall forever change from being ethnic centric to policy centric. The same applies to those in the opposition (CORD, Imani and others need to put forward proper alternative plans for the country)

That is, if you voted in the current government, you have more rights, a stronger ground and a better chance to demand for the goodies the government has promised to roll out this year. Please use your well earned right and strength wisely for a better Kenya in the year 2014 and beyond.

Finally, I would like to take this opportunity to thank all our readers for keeping it here in 2013 and always. We promise to make Kachwanya.com a more interactive, informative, and intuitive tech blog. Expect better, more analytical and issue based tech stories in 2014.

We want to wish you a happy new year full of hope, love, joy, happiness and opportunities. May you have a desire to dream, opportunity to implement your dreams, and ambition to achieve the goals you have set for 2014. Plan to prosper, plan to learn, and plan to unlearn. Happy 2014. 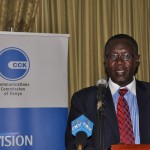 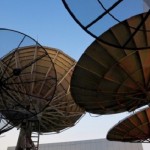 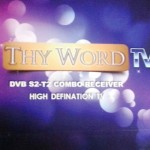