When I read the story of Jonathon Thorpe who could walk, talk, use laptop and dance gangnam style at one I thought he was an extraordinary boy; but that was before I met Oliza, my best friend’s first born son. Kate, my best friend, invited me to Nakuru on the occasion of Oliza’s first birthday to help with the preparations of the birthday party.

Days flew and Saturday was here. It was a warm afternoon when I arrived at Kate’s home. At the door  I saw him for the first time, a toddler in a vest and a pair of dippers. “A handsome boy by a beautiful girl”, I shouted to announce my presence. No one heard me except the boy who turned in a surprised face to see who was talking. When he saw me he ran away towards the bedroom crying and out came the mum. “Maryline, karibu, nime kugonjea sana. Pole kwa safari”. We had a few moments of catch up one two three liners but before long Kate had to excuse herself as she had to leave for the market to buy necessities for the birthday party. She asked me to watch over Oliza as he is that type who will never be at ease unless he touches something as long as it is not a toy. “I will”, I assured the mother as she walked out. “Be fast, I’m not really fond of kids this young”, I reminded her.

As the mother left I placed my bag on the floor and lifted the boy, carried him and sat him on the sofa bed as I was told that’s the only way to keep him away from walking up and down the house. I went to the kitchen to prepare some quick food for myself, and him. Hardly had I noticed the location of the gas cooker before I heard sounds of laptop keyboard press butting.  I peeped into the living room to see what the young Oliza was up to only to realize he was pressing all the laptop buttons as if he was typing an important document, every once in a while stopping to see if anything was happening on the laptop’s screen.

“Wow, that’s amazing”, I murmured. He looked up, smiled and went back to his keyboard presses. It wasn’t long before he got tired but he still had a few tricks to pull. He now decided to reach out for the laptop’s charger and plug it in, and out, and in again, and out…”how the heck did you know how to do that?” I asked but fearing that he could spoil the laptop, I transferred him from the sofa bed to the next coach. He cried. And screamed.

I called the mum to alert her of the of the situation and she told me that I give him my phone with the music on but I should watch him carefully lest he throws the phone down on the floor as a sign that he wants to be put down to roam about. I removed my phone from the bag but even before I could turn the screen on, he started reaching out for it. I gave him the phone and he immediately reached for the home button and pressed it. The phone’s screen came on; then he was all over it touching and pressing. I left him briefly to go finish preparing my lunch that was almost ready.

Then I heard a sound of a song like a movie ending tune. I dashed back to the sitting room. This time he was holding the DVD remote control and the DVD player was on, playing the movie that was watched the previous night. And then he pressed the DVD’s “Open” button, over and again; opening and closing the DVD drive several times. I snatched the remote from him and placed it on top of the cabin where he could not reach and went back to finish cooking. At last I was able to finish cooking without any drama although I could hear him hum some gibberish baby songs in a tune one would think is Chinese. The he calmed down and relaxed for a while.

With ‘home alone’ atmosphere after the quick bite, I kept myself busy clearing the table, until the TV was switched on by God knows who. The cheeky boy had hid the TV remote no wonder he had gone silent for that long. Now he was pressing the remote control randomly changing TV channels from one to the other, switching the TV on and off jumping up and down celebrating his discovery. I stood there for a while and watched him have the fun on his birthday. He danced with joy until he dropped the batteries off the remote control when trying to put the TV on again. I was relieved because I was getting bored of snatching from him every toy he laid his hands on. I left him in the sitting as he was trying to fix the batteries back to the remote control. I knew that was the best thing that would keep him calm.

Back in the kitchen, I heard my phone ring so I rushed to receive the phone. It was the mother, “Hallow is everything okay?” She asked. “Yes why?” I asked back. “You called me but you were not talking.” “I was in the kitchen and I have no idea of what you are talking about.” I cried. “I just heard Oliza playing then  thought maybe you could not hear my voice so I cut the line and called back, but if you didn’t call me its okay I’m on on my way back,” she said then hanged up. I was shocked beyond words. The guy had even picked my phone and dialed the mothers number by pressing the call button. I remembered it was the last number I had dialed so it was not such a big deal.

As we were waiting for Kate to be back home, I decided to stay by him and observe what other crazy tricks he had up his sleeve. He got himself busy playing with the home’s phone as he could not fix the remote batteries. Just as with my phone, he knew how to turn the home screen on, and thinking that every phone is a touch phone, he was again busy touching the screen several times, and trying to scroll the phone as well. I snatched the phone away from him and he was it again, crying and yelling, louder and louder this time round. I gave back the phone to him, he took it and threw it hard on the floor, angry. Luckily the mum arrived, put the TV on and tuned to Trace Urban. To my surprise the boy stopped crying and started to enjoy the Hip Hop and R&B tunes.

I debated with the mother asking her if it is OK for the kid to watch the half naked dancers at his tender age. “You can’t hide your kid from these things; if he doesn’t watch them here he will watch them where I have no control”, she replied. I had nothing to say back.

Oliza had his fun clapping and jumping up and down as we concentrated on the party preparations.

The invited guests arrived later in the evening to begin the party. I washed and dressed the boy after serving the visitors with the snacks waiting for the father to arrive and kick off the grand party.

Later in the night the dad joined us and to start off the main party he played Oliza’s best songs which were, “ Stepped on my shoes” by Nelly featuring Ciara and “ Holy Grail” by Jay Z featuring Justine Timberlake. “What a collection of favorite songs for a one year old boy”, I told myself. These songs especially the one by Nelly have half naked dancers and some suggestive scenarios that gave me quite a headache. To make it worse, the dad said they are Oliza’s favorites and that’s the way things are. I really wanted to comment but since am not free with the dad, I kept my opinion all to myself. The birthday party was full of fun as other kids joined Oliza at the dance floor.Guests ate and drunk until late in the night and at 1AM the party was called off…and later the following day I got my sorry self back to Nairobi.

On a Sunday two months later my uncle was traveling to the village and the wife had errands to run out of town. She asked me to babysit their two and a half year old girl since their maid had been given a three days off. Before she left she asked me to help the little girl listen to the baby songs on the iPad. As soon as the mother left, Zenane snatched the iPad and to my amazement was able to open games and play them as well. She asked me to join her in one of the games but I had no idea how to play any. She taught me how to play one and in no time we were busy playing games, no longer listening to any music.

Then we were back to music but this time she is the one who opened her music folder and played several of her best songs, scrolling them from one to  the other with passion. She watched videos of her favorite Ellen show online as young kids performed trending songs. Together we watched a eight year old kid cry that the mother had denied her to perform “Judas” by Lady Gaga because it is dirty and blasphemous. Ellen was asked the kid, “How do you feel now that you could not be allowed to perform your song?”  The girl was like, “I feel disappointed and I know that one day I will grow up and my mum will allow me to perform the song.” Ellen was touched by her comment then asked her , “ Why do you love Lady Gaga?” “Because I love her,” she replied. we laughed, looked at Zenane and wondered if she would also want to perform Lady Gaga’s “Judas” song.

After that Zenane started taking selfies of herself.

The iPad was now boring and the girl now noticed my Samsung Galaxy Phone.  She diverted all her attention to it, watching me closely as I was using it. She tried to snatch it but I denied her access then when I realized that she could take it from me any time, I locked it with a pattern and continued using it intermittently.

I later placed  the phone on the table and went to listen to some commotion from the neighbors. It was a husband quarreling the wife over some burnt food or something. When I came back, I found Zenane busy playing games and taking photos of herself with my phone. “What? Didn’t I leave that phone locked?” I was loud but I don’t want to say I yelled. Little did I know that every time I opened my phone by drawing the pattern this girl was busy watching me and memorizing the pattern; and waiting for an opportune time to perform her “hack”.

And there we have them, kids raised with smart gadgets who can hack at two and operate smartphones at one. When we celebrate Kenya at 100, it won’t be surprising to have kids born with ability to “hack”. Kenya is the 27th saddest country Kenya's soaring wage bill and how to tame it - Part 1

Maryline Ajuma is a trained Journalist at Nairobi Aviation. She is currently doing freelance journalism and creative writing. 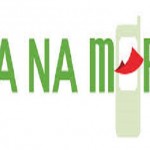 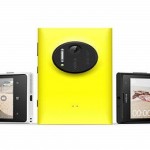 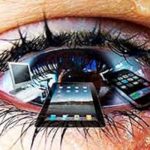 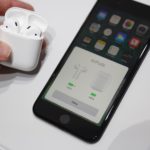