Smartphones have managed to take over cameras, wallets, books, laptops, notepads, alarm clocks and to a less extent gaming consoles. Gaming has not been taken over by smartphones that much simply because gamers want to have better controls of the game but a touch screen does not offer the control flexibility that only game controllers that come with Xbox, Nintedo or Play Station can provide.

Already games like  Need for Speed Most Wanted, Prince of Persia: The Shadow and the Flame and Modern Combat 4: Zero Hour are available for the Samsung GamePad plus 35 others. With a gadget like Samsung GamePad, there is optimism that the future of gaming is bound to change.

This is the full press statement regarding the Samsung GamePad:

The Smartphone GamePad instantly transforms the user’s Galaxy smartphone or tablet into a portable gaming console or even a home console. Through its premium, easy-to-carry design and durable steel frame, GamePad is attachable to mobile devices ranging from 4-inches to 6.3-inches, allowing users to play games wherever they are. Users can also connect Galaxy devices to their TV through an HDMI cable or AllShare Screen Mirroring for video game console experience from their living room.

GamePad easily connects with smartphones and tablets through Bluetooth pairing. The most convenient features optimized for Samsung Galaxy devices running Android 4.3 such as Galaxy Note 3, S4, Note II, and S III enable easy connectivity with GamePad via NFC tag and quicker access to games via the “PLAY” button.

With just a tap of the “PLAY” button, users can easily access the Mobile Console app, Samsung’s new integrated game launching app that opens in conjunction with GamePad to allow users to conveniently browse and purchase game pad supported games. Users can save money by enjoying reasonably priced console-quality games without the expense of additional gaming systems, as Mobile Console features games across a variety of categories including traditional racing titles such as EA’s Need for Speed™ Most Wanted and Gameloft’s Asphalt8 : Airborne, first-person shooter titles such as Gameloft’s Modern Combat 4 : Zero Hour, sports titles such as SEGA’s Virtua Tennis™ Challenge, and action titles such as Ubisoft’s Prince of Persia : The Shadow and the Flame. The Mobile Console app is available for download through Samsung Apps or by tapping the GamePad’s ”PLAY” button, and offers 35 dedicated games at launch with much more to come in 2014.

The GamePad is is currently available in select European markets and will be available in additional regions in the coming weeks. The availability of the GamePad varies by market. Is Tujuane a reality TV or a scripted show? 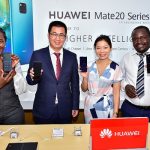 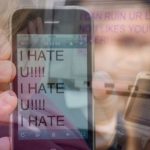