Kiss TV is being relaunched today as Kenya’s number one station for music and entertainment with a promise that it will have no other competition in the entertainment industry other than YouTube. As a 24 hour entertainment channel, Kiss TV intends to capture the youth as it brings to them entertainment like no other channel can, not even the premium channels in pay TV stations.

The new Kiss TV channel that is to be relaunched in two hours time promises to bring to the audience music videos even before they are released in the US or UK. “Kenyan and Nigerian hits will be played live on Kiss TV from its relaunch day”, writes The Star.

I like the fact that Kiss TV wants to be the one stop shop for both local and international entertainment programs. Actually my number one channel on Dstv is Trace Urban that prides itself as the lover of Hip Hop and RnB. What makes me prefer Trace Urban is my one year old son’s love of Hip Hop music. But Trace Urban has one major weakness that similar to what Kiss FM and Easy FM radio channels, they repeat hit musics way too often. I hope Kiss TV has done its research well and knows that variety is key as an entertainment channel.

The second thing Kiss TV needs to be aware of is that in the past a few TV stations that have launched to major in a particular industry have failed. There was the Metro TV that was launched as a music channel, that didn’t work out. It got transformed to KBC Channel 2 premiering movies that again did not succeed as a strictly movie channel. Later they sold it and it got re-branded as Kiss TV that did not receive much love from the public causing it to make millions in losses and now it wants to relaunch as an entertainment channel – back to the old Metro TV. K24 was also launched as a Kenyan 24 hour news channel but after testing the waters for roughly one year they found that no one was interested in watching the same news clips over and again so they decided to diversify….nowadays they also play the infamous boring Oga movies.

Basically what Kiss TV should be aware of is that I don’t think Kenyans will be glued to Kiss TV without the following:

All the best Kiss TV in your launch. I’ll be watching the launch. One question though, where or how will you guys get the US and UK videos to show us in Kenya before they show in their respective countries? 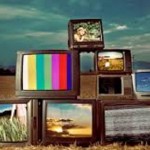 STB decoders prices and where to buy them There is a Samsung Galaxy J2 with Digital TV (DTV) Capabilities 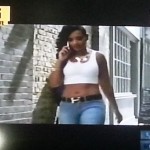