The unexpected move by Safaricom to agree to a settlement with Airtel Kenya regarding a case before the Competition Authority of Kenya (CAK) can be interpreted to mean that Safaricom has acknowledged the wrongs it has done in the mobile money market. In September last year Airtel Kenya had complained to the CAK that Safaricom had adopted un-competitive practices in two fronts: 1. Charging higher transference fees for money to be transferred to rival networks and 2. Locking out agents from offering rival’s networks services.

Regarding these matters, CAK wrote to Airtel stating that “The authority is of the opinion that it is good practice in any litigation process to enter into a settlement, as long as the matter at hand is solved satisfactorily.” The settlement could mean Safaricom paying millions of shilling to Airtel et al and probably restructuring some of M-PESA terms and conditions that have been identified as unfair for the competition.

The competition that would emerge if Safaricom allows Airtel, Yu and Orange money to use Safaricom’s M-PESA agents will have an immediate impact on lowering the levies charged for mobile money transactions. Currently the rivals try to attract customers into their mobile money platforms by offering lower withdrawal and other transaction fees and at the same time enabling users to send money free of charge.

When Airtel introduced “send money for free” offer I personally thought that Safaricom would feel threatened and lower the transference fees from the standard Shs 30 to probably Shs 10. On the contrary, what Safaricom did was insane. They decided to raise the minimum fees charged per transaction from Shs 30 to Shs 33 (ignoring transference fees below Shs 500) and restructured the fees such that senders are now charged in accordance to the amount to be sent all the way to Shs 110 for sending amounts more than Shs 45K. Minimum withdrawal was also raised from Shs 25 to shs 27; and ever since Safaricom implemented the new tariffs, their profitability that had started to dwindle after Michael Joseph left all over sudden soared up, breaking records after records year in year out. Their excuse for raising the fees has however been on the government’s requirement for 10% levy on mobile money and banking transaction fees.

Airtel Kenya has not been pursuing the matters of charges levied to transfer money from M-PESA to rival networks and the issues of M-PESA agents alone. They have also been pressing for Safaricom to allow the rivals use M-PESA platform in their own networks and in return pay some royalties. This request by Airtel et al has also seen Safaricom relax its muscles and they have since agreed that they agree to let the rivals use M-PESA for their own mobile money transfer services (read: M-PESA monopoly coming to mobile cash).

If the rivals opt to use M-PESA for the mobile money business, then I do understand why Safaricom could have agreed to compensate Airtel (and maybe the other rivals) regarding the accusations that Airtel had taken to CAK. Safaricom really won’t have anything to lose as for instance opening up the M-PESA agents to be used by M-PESA run on let’s say Airtel network is not really a change. As discussed in the M-PESA coming to mobile cash, M-PESA will still have the upper hand as it will require the rivals to pay high royalty fees that would deter the rivals from offering lower service charges that could compete with M-PESA running on Safaricom network.

I only wish these rival networks had real strength in competing with Safaricom; but if the balance sheets coming from them is anything to go by, then Safaricom is still in the king of mobile telephony in Kenya for a very very long time. 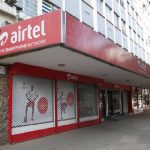