A number of people have speculated on the shape, style, and look of future smartphones. Some of those speculations are already a reality in phones such as smartwatches, smart glasses and the latest curved display from Samsung and LG. But the truly amazing futuristic smartphones are not here yet. One of them is the picture we have above.

The phone in the picture won’t be a futuristic smartphone anymore if the rumors from Bloomberg is to be believed. Bloomberg reports that some two people familiar with secret matters Samsung have it that Samsung is planning to launch a smartphone that has three screens; well, one screen that runs to both sides so that people can read messages (sms, tweets, etc) from an angle. The screens, three of them, would function independently. The closest look I can imagine of the smartphone is the image shown above.

I really won’t know any immediate and practical value such a smartphone would offer other than aesthetics. What I can imagine is that practically such a phone will be hard to use, as, being touched based, users would most probably press on unwanted icons almost always; a similar experience I had with Samsung’s first cheap touch screen (can’t remember the model). Some other futuristic smartphones are shown below. I can’t wait to have the last one. 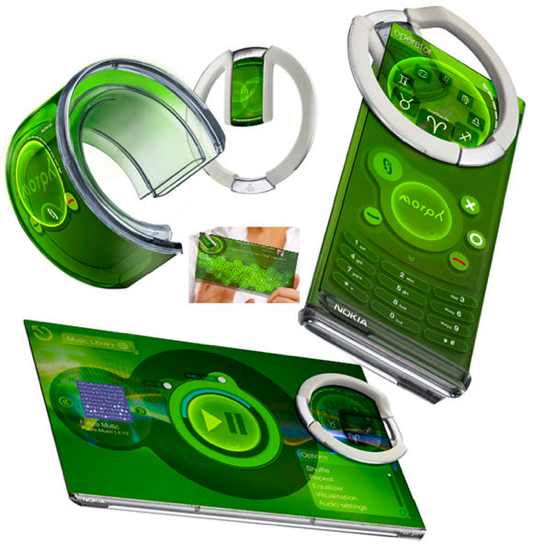