There is something very wrong with the central government of Kenya when it comes to talking, promising, and rolling out project plans. I’m not sure whether it is mere politicking or the government just lacks realistic thinkers and economists to properly advice the leaders especially the President. I want to exemplify using four major projects that have been key talking points since the new government took office and they are the laptop project, the free Wi-Fi in Nairobi, rural electrification that is tied to the free laptop project and latest the cashless payment system. 1. The Free Laptop Project for every class one kid

This is one project that has elicited emotions and mixed reactions across the country. Proponents  of the project have insisted that now is the right time for Kenyan kids in class one to be empowered technologically. Factors such as job creation, improving education standards, lowering the cost of education thanks to e-books, and increasing the chances of Kenya producing her own Bill Gates have been cited as adequate reasons for the project to proceed.

Opponents on the other hand have called on the government to make her priority right. They say that it is mockery for a hungry kid to go a school that does not have a roof, no desks and chairs, no classroom doors and has walls made of rusted iron sheets to carry a laptop. That is first necessary for the government to first of all deal with issues of insecurity, food security, land issues, infrastructures e.g. rural electrification and generally empower every Kenyan before venturing into costly projects like providing a laptop for every class one kid.

Part of the opponents have also said that although the laptop for every kid is well intentioned, the government should have ensured that students in high-school, middle level colleges or universities have free or subsidized laptops. This clique have argued that it is a shame for a university student to be computer illiterate yet a class one has a laptop that he/she can’t use 99%+ of its resources.

Despite the opponent’s displeasure with the project, the government went ahead and advertised for the tender but sadly the bidders misbehaved where the lowest bidder quoted prices that were twice as high as the available budget. The government cancelled the tender and has since re-advertised. Time flies and already we are in mid November.

By the time government opens the bids (probably immediately KCPE exams are over), they perform due diligence on the best bidder (lowest or otherwise), procure the laptops, install all relevant training materials and software, adopt a fool proof distribution mechanism (I want to give the government the benefit of doubt that the project is not the biggest elephant in creation), .and ensure that teachers who will train the children are both conversant with the actual laptops and the training materials therein, January 2014 shall have been history.

But there is one important aspect of this project that the government is not clear. I understand that the government is seeking to buy laptops cheaper than the prices Rwanda paid for their laptops for a similar project which was about $100 per laptop. Those familiar with the laptops say that they are of very low quality poor quality that the Kenyan government, if the last specs is anything to go buy, is not interested in. The specs that the government quoted can only be supplied at $210 if the supplier forgoes any margins, down from the $270 quoted in the cancelled tender.

The timeline, required specs and the pricing issue make me question the life in the entire project. Is it not obvious to speculate that the project is better treated as dead?

This too was one of the campaign promises that I thought would be easy to implement. Seeing that guys like Safaricom are very much interested in providing Free Wi-Fi hotspots to Nairobians, shouldn’t the government by now have talked with Safaricom to provide Free Wi-Fi at Uhuru Park, Jivanjee Gardens, selected restaurants, Bus Stations, Agha Khan Walk and at some other selected public places at similar terms and conditions Safaricom has with the bus operators? There is no talk nor clear timeline about Free Wi-Fi in Nairobi and Kigali Rwanda seems to have beaten us on this one. Since no one is saying anything about Free Wi-Fi in Nairobi, I think it is also not too far fetched to speculate that this too could be dead.

3. Electrification of every primary school by January 2014

I don’t want to discuss anything about this. January 2014 is one month away. I would like to go back to my rural home by the end of January 2014 and switch on those lights.

Not a bad idea. I hope by April the government shall have made sure that those who live in the heart of Turkana, Marsabit Wajir, Isiolo, Lamu, and the many forgotten counties shall have the means of not only accessing the government offices, but also using their own mobile phones with strong networks to pay for the government services in those remote places.

By the way is the government talking about mobile money or card money? Either way the government seem not to be aware that there are Kenyans who have to walk for more than 10 kilometers to access mobile networks. Card payment would most definitely require access to the Internet.

I do not want to be too skeptical let me talk more about this promise by the end of April 2014.

Someone to tell the government that time is part of the promise and a promise is a debt. I hope the joke by redykyulass that featured “Kiraitu Murungi” back in 2003 explaining that the hundred days for a new constitution were not to run concurrently won’t be repeated. 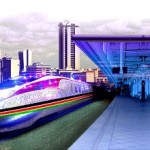 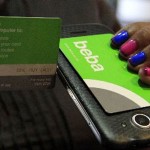 BebaPay discontinued – and it’s the government to blame