There are some people who are very much interested in curtailing online freedom for Africans to access information. Not only that, these guys are interested to make sure that you and I will no longer freely air our views on issues affecting us. To achieve their motive of controlling the type of information available for Africans online, they have drafted a convention for the establishment of a credible legal framework for cyber security in Africa.

The summary of the draft reads, “The Draft Convention…seeks to harmonize African cyber legislations on electronic commerce organization, personal data protection, cyber security promotion and cyber crime control.” Additionally the convention wants to  define “the security rules essential to establishing a credible digital space in response to the major security related obstacles to the development of digital transactions in Africa.” Further, the convention seeks to lay “the foundation for an African Union-wide cyber ethics and enunciates fundamental principles in the key areas of cyber security.” “It also defines the basis for electronic commerce, puts in place a mechanism for combating intrusions into private life likely to be generated by the gathering, processing, transmission, storage and use of personal data and sets broad guidelines for incrimination and repression of cyber crime.”

On the surface the draft convention looks very well-intended but wait until you read some articles in the convention. As espoused by Dennis Mbuvi on his blog post “African Countries propose stringent rules governing ecommerce and data“, we can say that what the convention really wants to achieve is to:

Violate the right to privacy –  The convention uses contentious concepts such as state security vs public interest. We all know state security can take many interpretations in African context case in point would be the state considering bloggers as a threat to state security – this is but a one case in point. Look at Article II 8-9 of the AUCC.

Violate some aspects of the right to freedom of expression – Article III – 55 reads, “gather & register real time data in respect to content of specific communication”

From the blog post by Dennis you will also learn that the convention may criminalize the “use of nicknames, pen names and anonymous blogging, especially when exposing sensitive matters.”

Other than slowing down the growth of e-commerce in Africa, the convention can also have negative effects on advertisements as any advertiser must be properly identified, restrictions on apps development as app developers must be aware of restrictions on personal data collection, and the penetration of services such Twitter, Facebook, Google, and other international platforms will be greatly slowed as owners of these services may not want to comply with stringent control measures recommended in the convention.

In the realization of these set backs,  Centre for Intellectual Property and Information Technology launched a campaign to stop the ratification of the African Union convention on cyber security by opening a petition against the convention. For the petition to be successful, your participation is needed. We need to protect our online freedom, freedom to speak our minds, freedom to read as diverse information as possible, and freedom to interact online.

If you care about your online Freedom as fellow African then here is your chance to sign the petition against The African Union Convention on Cyber Security. Click this link and join the hundreds who have already signed the petition. 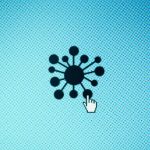 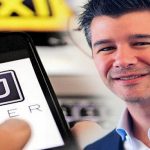