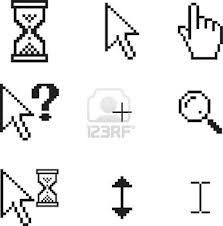 Not so long ago we gave you candid reasons to quit Facebook on this blog post. After Facebook removed your ability to hide yourself to potential stalkers, has allowed others to search your long forgotten posts and comments, has interfered with the News Feed algorithm (nowadays you get News Feed for yester years at the top of the Feeds making it quite hard to read fresh content), and has implement algorithm that follows you everywhere outside Facebook (Facebook knows which sites you go to other than Facebook.com), now Facebook wants to know exactly where you hover your cursor and ffor how long. Do you place your cursor over some News Feeds, Ads, or Links more than others?

There is this new photo that you friend has uploaded, how long does your cursor spend on the photo? The longer it spends means you like photos from that guy so Facebook will show you more photos from that user. Did you just leave your cursor over some Link before breaking for lunch? That probably will make Facebook send more Links from that website your way after the lunch break. To avoid being irritated just ensure that you’ll hover your cursor over links from sites that you really want to follow.

Or there was just page from a friend’s suggestion that you were debating to click so you decided to hover your cursor over it for a while? That won’t be advisable after Facebook implements the cursor tracking algorithm.

According to Facebook, the aim of the algorithm to track your cursor is so that they can understand you better. They want a way for them to truly understand your likes so that they send you more relevant ads, News Feeds, and Page Suggestions. The don’t want a situation whereby you hide most posts that come your way so that they think that points your cursor spends more time on means that you really like those things.

They are right as we would read more slowly the status updates from pages and friends that we truly like. We also tend to spend more time on photos and links that mean a lot to us. But as discredited above I’m not sure how Facebook will deal with issues of leaving cursors at places due to short breaks or just because we are merely bored.

If they are not careful, the algorithm might cause more harm just as the algorithm that messed up the News Feed is already generating dozens of complains from users. At a time when the teenagers and young adults are spending less and less time on Facebook, for their sake they should be very careful before introducing products and algorithms that will drive users away from their site.

But what alternatives do we have? Google+?

What is your opinion on the topic?
Article Tags:
facebook · track your cursor
Article Categories:
FACEBOOK · SOCIAL MEDIA