This is the first of a two part article that focus on the “Kenya’s Online Businesses”. The articles have been inspired by numerous responses we received in regards our article (MyMARKET: OLX should fight to remain relevant) which have both called for Safaricom’s containment from being a monopoly in all tech businesses and also offered insight to the true landscape of e-commerce and online market places. Part 1 addresses the status and players of “Online Market Places” while Part 2 will address the status of players in e-commerce.

First it is important to distinguish between Online Market Places and E-Commerce. For our purposes, we define Online Market Places as websites that provide the link between the seller and the buyer of goods and services. Anyone who offers classifieds services for property, cars, jobs, general goods and services are grouped into this category. Examples of Online Market Places are the OLX.co.ke, Cheki.co.ke, N-Soko.com, Brightermonday.com, Bidorbuy.co.ke, etc. On the contrary, E-Commerce are retailers, wholesalers, or distributors who sell their own products or services directly to the consumers vie the Internet. You think of them as sellers whose shops are their websites. Examples of businesses in this category are Jumia.co.ke,  Kalahari.co.ke, Konga.co.ke, etc. We will address these in our next article.

On Online Market Places, there are a number of players in this sector and they do operate the major classifieds sites in the country. Below are brief descriptions about them, their positions and possible funding in no particular order:

N-Soko – According to Business Daily, N-Soko is a product by Nation Media Group that “hosts a platform where users can advertise for vehicles, property, jobs and tenders across East Africa” and “has more than 1.5 million visitors monthly.” Our sources indicate that N-Soko is a separate company that is using Nation Media as a distributor though Nation Media is said to be providing some minimal funding for them. Currently  it has less than 10% of the Online Market Places market share. There is information that they are planning to West Africa.

Google Trader – This service by Google was a major hit after Dealfish closed shop but before OLX took footing. Since OLX became the default Online Market Place in Kenya it has become a rather forgotten online classifieds. Google have not invested any advertisements on this I’m not sure whether it is because they think Kenyans don’t like buying online or it’s just that classifieds is not their core business.

Naspers – Well, you know these guys. They own Multichoice (Dstv, Gotv, etc) and they have been in the country under Dealfish and Mocality in the past. Currently they are present in Kenya as Multichoice and OLX, which on one side is New York based company offering online classifieds services across the globe. They are said to have $14 billion market capitalization  and they have so far spent millions on Mocality (closed shop), Dealfish (closed shop) and now OLX (in the same business model as Mocality and Dealfish). Naspers also have two other websites, Careers24.co.ke and Property24.co.ke which offer services on jobs and property respectively.

Ringier – Major Swiss corporation with PigiaMe.co.ke. Pigiame is somewhat underrated in the market given its top 30 Alexa ranking. Pigimia.co.ke is a key player in this Online Market Places sector given the traffic flow to its website. But the items offered especially in cars, jobs, and property does not match what competition per sector offers.

BidorBuy – More of an online marketplace with no presence in cars, jobs or property but also well funded and underrated given its Alexa ranking. Funding unclear.

JunkMail – South African player who entered the market in 2011 with JunkMail and JobMail. They did a distribution deal with Capital FM but appear to have now withdrawn from the market. Funding unclear.

P-Net – South Africa’s largest vertical jobs player which operates www.myjobsinkenya.com. It has a small operation with little fanfare and low ad volume. Its source of funding is unclear but seems limited due to parent company’s SAON Group, Ireland’s leading classifieds jobs player, focus on the China market where they recently acquired ChinaHR from Monster.com.

Rocket Internet – raised $300 million for ventures in this space in Latin America and Africa. They launched CarMido (cars), and Vamido (property) in Nigeria, neither of which has much traction compared to major competitions in those regions. Last week they suddenly re-branded Vamido to Lumido and opened a Kenyan site with the same brand but limited ad volume. They raised $75 million recently to pump into their e-commerce business Jumia.co.ke, and also launched Jovago to compete with Safarinow.com on tours and travel.

BuyRentKenya – This is part of Kenya’s Online Businesses that is considered the top listing site in real estate with a high Alexa ranking. Its listings seem to be more more accurate compared to the competition.

KilaKitu.com – A new entrant in Kenya’s Online Businesses and thought of as a formidable Kenyan startup run by a diaspora returnee. It has some small traction in autos with autobazaar.co.ke and a stable of other classifieds marketplaces but seems underfunded and not clear whether this local company can beat the huge capital bases and expertise of the other players in Online Market Places.

One Africa Media – These are the guys who control the cars and jobs Online Market Places with their Cheki.co.ke, top car classifieds site in Kenya ranked 95 by Alexa.com, and Brightermonday.co.ke, top job listings site ranked 31 in Alexa.com. Recently they raised $20 million from Australia’s SEEK.com which is the largest player in the world in jobs by market capital, circa $4 billion, and from Tiger Global, one of the largest internet investors in the world. One Africa Media also runs Safarinow.com in South Africa that has since opened shop in Kenya with over 1000 Kenyan establishments listed in the site. These guys have agreements with Verse Ltd (see below), The Standard Group where they are the operators of the group’s cars classifieds http://www.standardmedia.co.ke/cars/,  and Airtel Kenya.

Verse Ltd – This is an Indian company with partnership with Bharti Airtel. It is the classifieds engine for Airtel globally and also has just signed a deal with Safaricom in which Safaricom provides distributorship for its product, MyMARKET. For its offerings, Verse Ltd has partnered with One Africa Media where searches for jobs at Safaricom’s MyMARKET will lead you, in most cases, to the jobs available at Brightermonday whereas searches for cars link to, in most cases, cars available at Cheki.co.ke. Similar arrangement also exists between One Africa Media and Airtel Kenya.

Analyzing the above players, it is easy to see that the real competition in the Online Market Places is between Naspers with OLX and One Africa Media with both Cheki.co.ke and Brightermonday.co.ke. Naspers, if they don’t change their model for OLX, they are likely to lose out on classifieds business as they did with Mocality and Dealfish. The other players that are coming out strongly such as buyrentkenya.com, pigiame.co.ke and jumia.co.ke are also key in the sector offering viable competition.

I don’t know but I feel given the success One Africa Media already has on cars and jobs, plus the $20 million funding they got from SEEK.com, they also should venture into a one stop classifieds website to widen the competition in this sector. Importantly though, players like Naspers, One Africa Media, Nation Media Group, Verse Ltd and the rest should somehow come together to invest in promoting awareness and the importance of Online Businesses. Kenyan’s seem to be skeptical of deals offered online and until this will be overcome, online businesses closing shop aren’t stories of the past just yet.

Hopefully this part of the article has addressed the concern about Safaricom’s intent to take OLX out of business. It is important to note that Safaricom does not own MyMARKET (just as it doesn’t own MPESA), neither are those behind OLX the small guys who can be crushed easily. Players in this sector all seem to be well funded and able to effectively compete man-man or woman-woman. If we receive any further information or clarification from any the mentioned players or those not mentioned we shall update this article accordingly.

How far are we from man-tech true relationship? 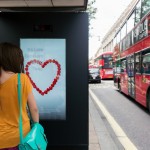 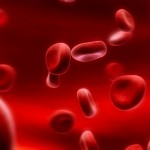