Yesterday Cabinet Secretary in charge of Security announced that the government is going to adopt the #NyumbaKumi initiative that has been used in Tanzania to curb crime. Except for one or two people in the social media, everyone else has gone crazy to make fun of the initiative and criticize it.

Some of the crazy tweets retrieved from #NyumbaKuma trending topic had these to say:

“@spnjoroge: #NyumbaKumi is a bleeding waste of time. Enough with cookie cutter solutions . Why not start with basics of law enforcement ?”

And this was before I understood it;

just wondering how my nosy neiba shall be showing up in my house at the middle of the night juu amesikia my wife has yearned #NyumbaKumi — The Noisy HornBill (@sirchuti) October 8, 2013

The social media fans in Facebook and Twitter seem to have understood the Nyumba Kumi initiative as an excuse for some nosy person to come peeping into your living room in an attempt to know what you do, where you work, where you initially came from, where you get your income, and all manner of privacy invention questions. I listened carefully to Ole Lenku both in NTV and K24 YouTube postings and I have understood the initiative to be quite different and positive as such.

What the initiative seek to put in place is resutructuring the current system of village elders. In essence, Nyumba Kumi will require a head person to be in charge of an average of 10 blocks of houses. This head person will need to have knowledge of some basic personal information regarding the residents of those houses. Since the details are still scanty and we cannot for sure tell how this system will work to the core of society, I can only do my best and explain the initiative by an analogy of where I stay. I live in street that has gates to houses on either side.

The street has one entrance from the main road and at the gate there is a watchman. The watchman is “employed” by all of us and we pay him roughly Kshs. 200 per house. For this watchman to maintain security, he is required by us to know some basic information about every person who lives within the street. There was a time when young men raided the shop that serves at night and thanks to the watchman’s knowledge of everyone, we were able to catch the boys and discipline them with the help of local police. The watchman was able to identify the boys by name and lead us to their respective houses.

Although our watchman knows everyone who lives within the street, we as residents don’t know our neighbors and as such we do not invade anyone’s privacy. I trust that almost all watchman manning similar streets in major towns have access to information about the people they are required to protect. Now Nyumba Kumi can take this approach where the watchman in our street becomes an agent of the Government but in proxy.

The Government could liaise with local chiefs and village elders such that every ten blocks “employ” a watchman that will act as the head person. In areas where residents would prefer not to employ, then the government can come in and help in settling the wages. How does the government want to pay the head persons anyway? I hope they are not thinking that people will volunteer to be the heads. The next step that the government should take is to adopt technology in profiling the population.

The above leads me to one critical point; our security or lack thereof has significant relationship with our housing policy. If each house built was part of a database with properly mapped physical address, then implementing the Nyumba Kumi initiative could not be a headache. The first step the government needs to take, therefore, is to map every single house in the country, give the house proper identification and physical address, and characterize it according to landlord and current tenants. Thereafter the government needs to establish a functioning biometric system capable of following residential movements of people from house to house.

Just as SIM Cards, living in any house should require proper registration. I hope you can now clearly see the beauty of Nyumba Kumi and do join the following tweeps in supporting the the #NyumbaKumi initiative:

But if #NyumbaKumi worked in TZ it can work here right? Though TZ is the land of ujamaa and Kenyans know only their hot neighbours — Gituru Mwai (@gitweeta) October 8, 2013

#NyumbaKumi plan is a good idea, but will the high and mighty embrace it? @KideroEvans

Finally the government needs to work and alleviate fears that some have expressed regarding the initiatives. There is a possibility of some people taking advantage of the initiative to terrorize their neighbors just as gangs are likely to spring up in the name of Nyumba Kumi and start charging protections fees and the likes. I think the government needs to go back to the drawing board and draw a working plan for proper implementation of the initiative before they rush into it.

#NyumbaKumi i fear for the rise of protection groups in the name of security. will they now find refuge in the title Nyumbakumi?? 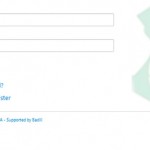