Smartphones made in Nigeria 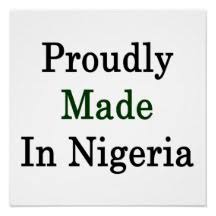 I don’t know why “Made in Nigeria” sounds to me like “Made in China” (it must be because for so many years Nigeria has been synonymous with corruption, a title that has since been taken over by Kenya) but well, the first batch of smartphones made in Africa may come from Nigeria maybe before or after South Africa. Nigeria’s Phone and Allied Products Association (PAPDAN) has announced that the organisation will soon be launching two new phones, the iQ and MaxTel, in partnership with 20 Nigerian investors who have agreed to pull their resources to develop mobile devices that cater to the Nigerian population.

President of PAPDAN Godfrey Iyke Nwosu said that “PAPDAN has identified a growing appetite for cutting-edge technologies among Nigerian telecoms consumers and the two Nigerian brands would cater to three market segments in the feature, medium and smartphone segments to offer choice to consumers.”

Nigerian mobile phone subscribers is estimated to be around 120 million as of July 2013 against the country’s total population of 169 million by 2012. The monthly mobile phone sales stands at over 2 million handsets to Nigeria and surrounding countries by PAPDAN members giving PAPDAN an edge in potential sales of phones that it will manufacture.

The South African Seemahale CEO Thabo Lehlokoe has reiterated that the first true “Made in Africa” smartphone will come from South Africa. “This project is a first in Africa as far as I am aware. It’s not right that out of a billion or more phones in Africa, none are made or assembled in Africa. Some are designed here, but they’re then made in China,” he said.

We will play wait and see but once the first smartphones from Africa are out, we will be in the forefront to share the up to date but thorough review. Big up Africa.