Huawei Ascend P6 is not the thinnest smartphone in the market 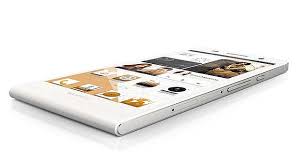 There is a race on who will be the first to make a smartphone thin enough to cut vegetables, that is, a phone that can be used as a pocket knife. I’m not kidding. Huawei has just launched the Ascend P6, which, until the debut of BBK’s Vivo X3, was crowned the thinnest phone in the world at only 6.18mm. The Chinese company did not enjoy the title for so long since at the beginning of September, Vivo X3 hit the markets and boasts of only 5.75mm thickness. At its launch back in June, Huawei was dubbed the slimmest smartphone at 6.18mm thick but as we have already mentioned, this title has long gone to Vivo X3. There is a possibility of a slimmer phone coming into the market at the end of the year that is said will boast a 5mm thickness.

Going with Huamei’s specs which include a 4.7 inch display of 720 by 1280 pixels, 1.5Ghz Quad core processor (made by Huawei itself) and 8MP back Camera, we can compare the phone with Samsung’s Galaxy SIII that features a 4.8 inch display of 720 by 1280 pixels, 1.4Ghz processor and 8MP back Camera. Ascend P6  beats Galaxy SIII on front Camera as it comes with 5MP camera against Samsungs 1.9MP  camera. On Body size Ascend P6 is thinner by far at 6.18mm thick vs S III’s 8.6mm thick, slightly taller – actually almost the same size as S III at 132.7mm; S III has 136.6mm length but the Ascend P6 has a comfortable holding width of 65.5mm against S III’s 70.6mm width. On battery the two phones seem to be head to head as Ascend P6 comes with a built in 2000mAh promising 14 hours of talk time while S III came with a removable 2100mAh that promised 11 hours talk time. Ascend P6 already has a 4.2.2 Android Jelly Bean but the SIII is set to receive the latest Android OS in the course of this month or by next month.

Samsung Galaxy S III still beats Huawei in many respects especially on the smart features that set S III apart in 2012 and made the device top in the world of smartphones.  At a price range of Kshs. 42,000 against the specs, I consider Ascend relatively expensive as it compares to S III that has since dropped to below Kshs. 38,000. Ascend P6 will be sold via Safaricom shops initially at Kshs. 40,000 for the first 400 units then the price will jump to the announced rate of Kshs. 42,000.

Apple is the most valuable brand worldwide