After the recent Westgate attack, it is prudent for all of us to reflect and learn lessons to be learnt, ask the hard questions, and proactively prepare to thwart similar or worse threats. The attackers of Westgage taught us that today’s terrorism is a well organized ideology  coordinated under sophisticated and complex technologies. It revealed a terrorism that is is at per with technological trends, competent in utilizing social media for disseminating (mis)information for generating panic and seeking attention. The attack also showed us that our institutions and security agencies are either ignorant of online communication channels or they are suffering from metathesiophobia.

The use of modern information and communication technologies by terrorists is not limited to seeking attention during the actual events of the terrorism activities, dissemination of (mis)information and possibly coordination during planning and execution of attacks, but intelligent sources indicate that terrorists also use ICT during recruitment and training. The Internet also provides terrorists with information for proper planning techniques and for preparing and acquiring advanced weaponry.

The speed and manner with which the terrorists used Twitter during the Westgate attack and elsewhere reveal organizations that are sophisticated in social media. Despite Twitter blocking their handles, they were able to create new ones as soon as the previous handle was blocked and at the end they were still able to use the platform to communicate whatever they needed communicated.

On the contrary, the security agencies, the media houses, and other government institutions appeared to still lag behind in the adoption of social media for disseminating appropriate information. Due to the unreliability of information coming from the media and government sources, tweeps decided to listen to one Robert Alai who has received both local and International acclaim for a job well done tweeting live updates on the Westgate ordeal. Even though Robert Alai did his best to inform the public of the events surrounding Westgate attack, one would still wonder how accurate he and his sources were. Alai has conceded that he was not in a position to verify all the information he was receiving, and at one time he ended up posting a wrong image purporting to have been taken from Westgate. Still, a section of the public wondered that if Alai was able to access some information from the military, what could have prevented terrorists from accessing similar information? 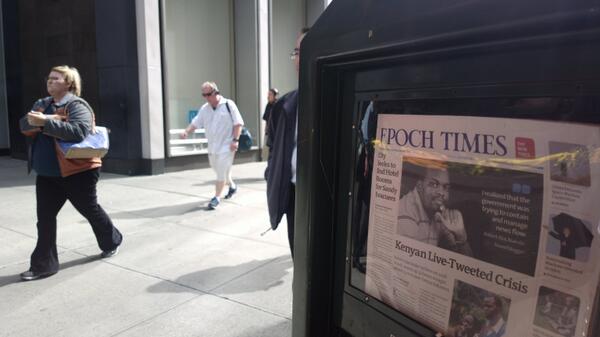 It’s not just in Kenya that terrorists offered live coverage of their activities.The recent attack in Modadishu when they attempted to assassinate the Somali president and the hostage at the gas plant in Algeria that happened in January this year also witnessed terrorists using social media to boast of their progress and achievements. With the ability to broadcast live happenings to millions of social media fans, the terrorists manage to discredit Governments’ attempts to contain panic. For instance when the Kenyan Government wanted the public to believe that the terrorists had been killed, the terrorists would confirm through social media outlets that they were still strong on their feet; achieving their objective.

Of particular interest to me is, how come the NIS, the CID and other intelligent agencies could not obtain prior intel on the Westgate attack? Questions have been asked and accusations made both by the public and National Assembly. Questions seeking to know the priority of our intelligent agencies, how they spend the billions allocated to them year in year out, and the level of training they undergo need answers. Are our security forces adequately armed not just with the latest weapons to fight crime and protect our borders but also with the most advanced information and communication technologies?

Truth is, the continual use of walkie talkie by the police place us in the 1940s when Motorola invented the device. We cannot continue relying on pre-independence technologies to solve modern high-tech digital coordinated crimes. The chairman of IEBC was recently involved in an incidence occasioned by the conflict in communication between regular police and administration police thanks to the walkie talkies. In August 2013 the police announced that they had re-opened the 999 emergencies line. What I saw as the emergency center was appalling. I think a comparative picture is most suited to communicate the appalling state of affairs.

The type of technology used reveals the technological competency the user has. I do not expect the police department to be able to prevent high-tech (cyber or otherwise) initiated attacks. Reports have it that the police website was hacked not so long ago, how do we expect the security websites not be hacked if our forces still walk around carrying heavy G3 rifles that were invented in the 1950s? How would they fight criminals with half a century old weapons and devices in an era where criminals can easily print guns at home using a basic 3D printer? I won’t get into the emergency response training, counter attack coordination, and handling of crime scenes that have all been found wanting.

See also  For the sake of security, go extra with passwords.

The need for complete police reforms has been shouted, sang, written on and called for until given up on. The metathesiophobia disease seem to have affected everyone including the leaders we elected on the basis of digital governance. But the Westgate attack should teach us a bitter lesson. We need to equip our security agencies with latest technology, train them with modern up to date kits and techniques, give them the latest communication gadgets, offer them advanced policing skills, and enable them to know, understand and appreciate digital trends. Our forces need to fully integrate social media, be able to filter information and identify coded threats disseminated using the platforms. If our security agencies were social media intelligent, then they could have followed up on the origin of the screen shot below. The same handle was used to broadcast information relating to Westgate attack.

Most technology breakthroughs in the world come from military and intelligence research some of which end up being commercial commodities. The Internet is a case example. Our military, the Police, the NIS and the CID need to invest in Research and Development. This way they will not only be able to keep at per with current trends in the technological world but they will also frontier innovation. It would have been great news if our police were credited with the first phone tracking App, or they were behind the invention of the Bluetooth based hidden CCTV miniature camera, or they were researching on how to Integrate Twitter with 999 emergency line. It would have been lovely to wake up tomorrow and hear news of how one of our NIS officers was able to hack a 128 bit encryption and offered an alternative encryption algorithm. When our forces will be in the forefront in technology research and development, coming up with alternative but advanced solutions for fighting crime, then we as citizens won’t have an option but to be patriotic.

Sympathizers and possibly metathesiophobic individuals will point fingers at the economy as the biggest stumbling block preventing our security agencies from acquiring the latest technologies and advanced training. I will be asked to suggest to the government where the money to fund advanced Research and Development will come from but thanks to Shitemi Khamadi who has provided a solution to the funding problem. Writing in The Star on 24th September, Khamadi opinionated that our security agencies and specifically the KDF need to be investors too. For a start Khamadi suggests that KDF can invest in Agriculture and sell their produce for better weaponry. Also, investing in Research and Development means they will be able to also invent new technologies some of which can be used commercially and generate income for the nation and for them.

What is your opinion on the topic?
Article Tags:
featuredpost · westgate
Article Categories:
TECH NEWS