Google is on another “moonshot” project. Seemingly the search giant is not sure if it can sustain searches in the future so it wants to prolong the lives of the current active searchers by adding to their lifespan another 100 years. To achieve this Google has created a new company, the California Life Company (Calico), that will focus on tackling the “challenge of ageing and associated diseases”. A project that seem to have been inspired by Larry Page’s thyroid inflammatory condition intends to use expertise from Levinson’s biotechnology company Genentech. Arthur Levinson is the current chairman of Apple and will be the CEO of Calico. Google has said that the investment in Calico will be a small investment compared to their core business of search and ads.

To alleviate fears by fans and stakeholders on if Google is losing focus and channeling funds to projects that may not pay back Page wrote on his Google+ profile, “But as we explained in our first letter to shareholders, there’s tremendous potential for technology more generally to improve people’s lives.”

This is not the first time a corporation is trying to venture into science and technology of prolonging life. In 2008, pharma giant GlaxoSmithKline spent  about $720 million for a modified version of a substance found in red wine that has been linked to anti-aging. GalxoSmithKline pulled the plug on the project two years later.

Google’s Calico project lacks details but prospects are that Google’s massive cloud and data centers will help facilitate research through intensive data mining to determine insights into the origins of diseases such as cancer. Already Google has a fast growing genomic database in 23andMe project that could come in handy in helping with Calico project.

Calico project is geared to take about 10 to 20 years before meaningful results are realized. The project is not promising immortality neither will their concentration be limited to curing cancer but tackling ailments that are generally associated with ageing. Google’s ability to mine data plus recent discovery of warms that are virtually immortal might be used in the study of Telomeres that have been associated with ageing.  The project might also involve developing effective nanorobots that will eventually mimic DNA to resolve genetic mutations that lead to cancer.

Arguments have been put forth that technologies to prolong life before solving problems associated with overpopulation is shooting ourselves in the foot. However it is also argued that the technology will play into the hands of natural selection since it will be accessible by those who can afford to pay for it, technically locking out weaklings that will naturally be selected out of existence.

Critics of the venture have called on Google to invest their idle resources to under privileged part of the world by funding meaningful investments like infrastructure, basic health provisions, shelter, and food; and that would play part in immediate increase to the world’s population, won’t it? 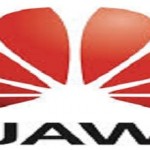 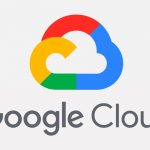