Facebook and others avail Internet for next 5 billion Initiative 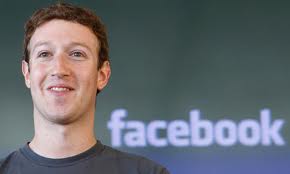 An initiative to connect next 5 billion people to the internet, especially in developing countries, has been announced by Mark Zuckerberg. The initiative that involves big names in the industry such as Facebook, Ericsson, MediaTek, Nokia, Opera, Qualcomm, and Samsung is targeting areas with low Internet penetration mainly in Asia and Africa. Though Mark Zuckerberg of Facebook admitted there is no clear plan for implementing the initiative as yet, the deal would involve phone manufacturers providing simple and cheap devices that have email and social media capabilities; which should be available for free access.

The entire project will be founded on the basic idea that developing countries need low cost Internet connection and access. The choice of mobile phones to connect the next 5 billion people especially in developing countries comes from the obvious fact that, for instance, in Africa, mobile phone subscription has passed the 80% mark. However, only about 14% percent (17% of mobile phone subscribers) have Internet access. If every mobile phone user in Africa had Internet access, then another 700 million people would be available for Facebook and other social media platforms.

Mark Zuckerberg had this to say in his facebook update regarding the project:

For nine years, we’ve been on a mission to connect the world. We now connect more than 1 billion people, but to connect the next 5 billion we must solve a much bigger problem: the vast majority of people don’t have access to the internet.

“I’m focused on this because I think it’s one of the greatest challenges of our generation. I’ve attached a rough plan I’ve written outlining the work Facebook is doing to solve this and how our industry can work together to connect the next 5 billion people.

Watch this video for some insight.