Social media platforms have become the go to place to issue reactions to an unfolding saga. Be it a tweet, or a Facebook status, people flock there to share their inner most thoughts and opinions, on matters weighing heavily on their conscience of their ‘lips’.

Case in point, the Trayvon Martin case. Immediately the verdict was passed, the father to the deceased teenager Tracy took to social media to make his ‘voice’ heard. His tweet, “God blessed Me & Sybrina with Tray and even in his death I know my baby proud of the FIGHT we along with all of you put up for him GOD BLESS,” Tracy Martin

Minutes later, he posted, “Thanks to everyone who are with us and who will be with us (so) we together can make sure that this doesn’t happen again,” And in one fell swoop, the names #TrayvonMartin and #Zimmerman were trending globally. The debate was so heated, fueled furiously by angry people of color who felt this was a huge travesty of justice. People decried the verdict, terming it akin to supporting senseless murder of black men.

Trayvon’s mother, Sybrina Fulton who had kept mum, had this to say. “Lord during my darkest hour I lean on you. You are all that I have. At the end of the day, GOD is still in control. Thank you all for your prayers and support. I will love you forever Trayvon!!! In the name of Jesus!!!” That also sparked a fiery debate about God, religion and faith. There was a huge furore on twitter, with partisan views being expressed with reckless abandon.

Memes of the Ku Klax Clan were floated. Sentiments were shared, an entire nation’s justice system was painstakingly scrutinized and found faulty yet again. It is evident that social media is one of the most accurate ways to feel the pulse of a nation if not the globe.

Kenyans on Twitter and Facebook also made their voices heard on the matter. It is evident that in matters of the heart, the world is now united. 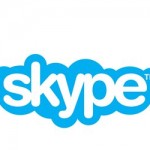