Technology has definitely changed how the media houses gather news, and what the people consider to be news.  The visible trend is that people have become part and parcel of the news marking process.For that the next thing is for the media to find a way of  fully embracing the experiences of the audiences, sharing what they see as part of their stories and in some cases using their knowledge or opinion. This is important in the world of the instant analysis of the news by the people and the ever increasing need to share with the world.

In Kenyan, the changes are clearly seen by the way media houses have restructured their websites, which now look more  like blogging platforms. Clearly, the media houses have realized how valuable the  feedbacks given by the citizens  through the comment section of the websites are. Much of these can be attributed to the role being played by the social media platforms especially Facebook and Twitter.

Moving forward last week I realized that The Star has an Android-based application called The Star Reports. For those who have used  iReport of CNN , the The Star reports function almost in the same way. The first step is to download the app from Google Play store.. then sign up, create and share any story

According to The Star, the agenda setting role is no longer an exclusive role for the journalists,the mobile phone has provided the public with a tool to record and publish their stories. The main aim is to take advantage of the newsgathering capabilities of citizens at the scene of notable events.

Star reports is a result of a project started last year with a grant from the World Association of Newspapers through the Mobile News in Africa Project to implement a citizen journalism mobile application project.

Nigerian Government to Distribute 10 million free phones to its Farmers 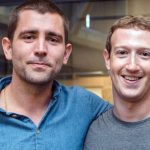