So of late, Kachwanya.com has been receiving all sorts of press releases from the PR firms.  Let me say from the beginning that it is awesome to receive a good  press release but…… Well, as a blogger some things do not make sense to me, actually the right words are, I think they are crap. The following are some of the things I don’t like about the press releases:

2. What is a first in Africa

Ok…you start to sound like those guys who came to Africa and claimed that they discovered Mount Kenya, Lake Victoria and even the People of Africa.. Look closely before you say that whatever you are doing is the first  in Africa

3. Boring Quotes from the CEO

I am Just asking,  is it a must that the CEO says something even if he is repeating things you have already written…?  My views is most press releases are made long with unnecessary quotes from CEOs and I suspect they are not really words from CEOs but basically coined by the PR people. Cut the crap..

I know you want to make the hand that feeds you look quite nice but for heaven sake include relevant stats…I love the stats from CCK but in most cases the ones coming in the press releases are very selective and only highlight where the company is doing well. If you are Mobile network company for example and you have gone to the extent of quoting CCK stats, do it fully and not only those parts that favors you. Otherwise let the bloggers and journalists write about the CCK reports separately.

Again …and again let me decide whether the product or service you are introducing is  going to be “a game changer”, “cutting edge” or whatever other nonsense. Believe it  or not everything is not game changing or cutting edge, some of them are  heavy crap

6. Sending email to every Tom, Dick and Harry and Revealing all the Email Addresses

I know you want as many Media Houses and Bloggers to write about your new wonderful world changing product but revealing  the emails of all the people you have sent the same document to is just absurd. There is something called personalized email or the other route for you to reach many people once  is BCC…Avoid  CC button. And I bet many people like personalized emails. 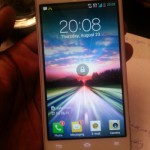